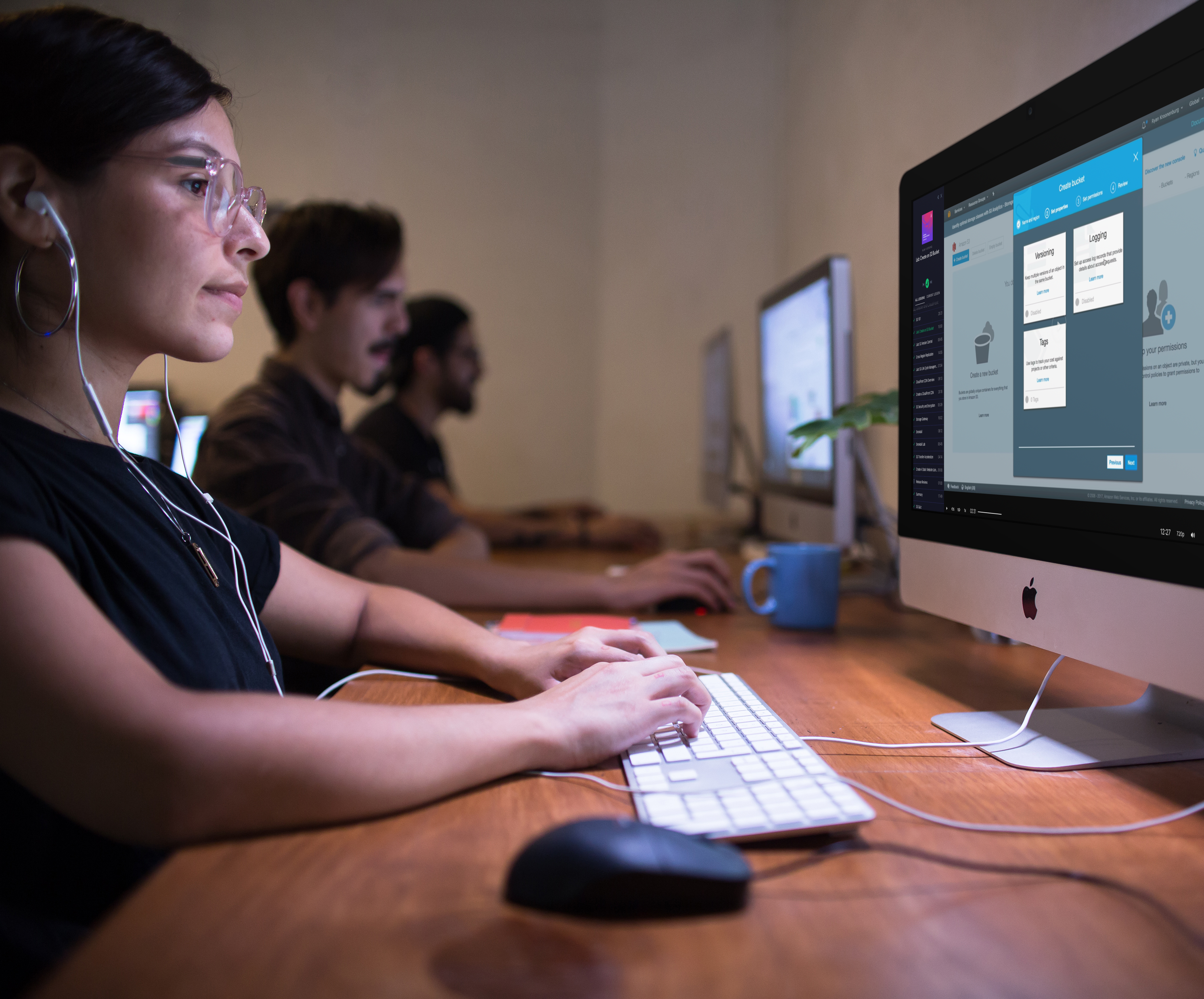 About A Cloud Guru

We're on a mission to teach the world to cloud. Why? Because we think the cloud means a brighter future for people and organizations. Founded in 2015 by brothers Sam and Ryan Kroonenburg, A Cloud Guru (ACG) began as a single cloud certification course and has grown into the leading online cloud training platform. More than a million people have taken courses with ACG. We help novices, techies, and teams alike level up their cloud skills, prepare for certification exams, and progress through learning paths to become gurus in digital and cloud transformation.

A Cloud Guru was founded in 2015 with the goal of better educating engineers on cloud services. The organization boasts over 800,000 students currently enrolled in courses covering major cloud providers like Amazon Web Services (AWS), Microsoft Azure, Google Cloud, and others. As cloud services become increasingly common across many different industries, A Cloud Guru hopes to help both individuals and organizations quickly gain the skills they need to thrive in an ever-changing technical landscape.

“Our vision is to teach the world to cloud,” explains John McKim, VP of Product & Technology at A Cloud Guru. “Organizations with maybe a 10-year history, who might have been built up pre-cloud, they are seeing competitors adopt the cloud and leverage the benefits from that. But they might have a large number of employees that aren’t very familiar or aren’t skilled in the cloud. So, we’re providing them a solution where they can give their employees access to our cloud training and also accelerate the adoption of the cloud within their organizations.”

“We’re seeing a big wave of cloud adoption coming along,” he continues. “There’s a lot of traditional IT roles, whether that’s a network engineering role or an operational role or even development roles, that might have a strong background in on premise infrastructure or not a lot of cloud computing exposure. We’re helping that big group of people get upskilled really quickly on the cloud.”

"Our vision is to teach the world to cloud."
John McKim
VP of Product & Technology

Maintaining the Trust of Customers

Fortune 500 companies in financial services, telecommunications, consulting, and manufacturing are upskilling their employees through A Cloud Guru. With so many important businesses relying on their services, it made sense for A Cloud Guru to find an authentication partner they could trust, enabling their own developers to focus on their primary offerings.

“Identity is really important,” says McKim. “It’s a base level need for any SaaS platform. But building an identity platform ourselves is not going to provide differentiated value for our customers. That’s why we chose Auth0 to be our identity solution. It’s a product that we can rely on which enables us to focus on delivering education, which is the core value of our product.”

Auth0 provides A Cloud Guru with Single Sign On (SSO) services, giving users unified login credentials. With over 800,000 users ranging from individuals to employees of major corporations, keeping those credentials secure is crucial.

“Customers want to know that their data is going to be protected and secured, and identity is a critical part of that,” says McKim. “Having confidence that the systems that hold their very personal information… is really critical. That’s why we like to use Auth0.”

“I feel very secure with Auth0 managing authentication,” he continues. “We obviously place a lot of trust in the Auth0 team and the platform to do that appropriately. It gives me confidence that there’s good practices happening and that our customers’ information is secure.”

“Customers want to know that their data is going to be protected and secured, and identity is a critical part of that. Having confidence that the systems that hold their very personal information… is really critical. That’s why we like to use Auth0.”
John McKim
VP of Product & Technology

An Authentication Solution Ready for Market in Just Weeks

One of the most important reasons A Cloud Guru chose to work with Auth0 was Auth0’s ability to build a reliable authentication solution that would be ready to hit the market in less than a month.

“When Sam Kroonenburg, one of the founders of A Cloud Guru, picked Auth0, it was because he built the first version of the platform in the space of three weeks,” says McKim. “He needed to get something out to market as quickly as possible, and you cannot build your own identity platform within that time period. Adopting Auth0 was a really good way to really rapidly get to market.”

Even if they had built it in house, McKim notes that the time and money involved would have been prohibitive.

“It would potentially be a team of maybe four to five people,” he says, explaining that each member of the team would lose at least one week of productivity per month just to maintain the system. “That team would approximately cost, I’m going to say, $550,000 AUD a year. It’s often, I think, underestimated how much does go into identity and some of those parts of the platform.”

Fortunately, A Cloud Guru has had little reason to reconsider the decision to use Auth0.

“Auth0 just works,” McKim says. “And we don’t have to worry about it too much.”

“He needed to get something out to market as quickly as possible, and you cannot build your own identity platform within that time period. Adopting Auth0 was a really good way to really rapidly get to market.”
John McKim
VP of Product & Technology

Curious How Your Organization Can Benefit From Auth0?

Learn how our customers are saving time and reducing costs by reading The Total Economic Impact of Auth0 by Forrester Consulting.

Forrester Consulting created the Total Economic Impact of Auth0 report to demonstrate, justify, and realize the potential benefits and significant ROI from our identity platform.