WeTransfer Unifies Identity Across Its Offerings With Auth0 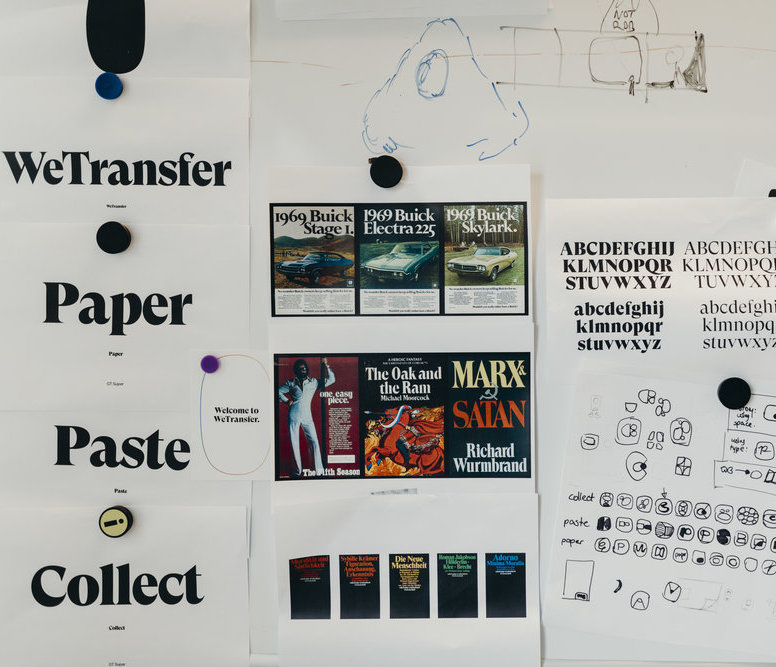 Having made its name in the game of quick and simple file-sharing, WeTransfer has grown into a collection of tools designed for and inspired by the creative process. 70 million people send around 2 billion files every month. Around 75% of WeTransfer users identify as creatives, and it’s this global community the company exists to celebrate and inspire on WePresent, WeTransfer’s editorial platform.

Every month, creatives in 190 countries use WeTransfer’s platform to send and exchange around two billion files every month. But WeTransfer is more than just a file transfer service for creatives. Having made its name in the game of quick and simple file-sharing, WeTransfer has grown into an end-to-end suite of digital solutions with more than 70 million monthly active users in 190 countries. WeTransfer’s set of tools are specifically designed to enable creative professionals to inspire, conceive, share, and deliver their work.

However, each of its products handled user identities on their own systems, and WeTransfer knew it needed to rethink its approach to authentication if it wanted to increase adoption of its products.

“People expect to be able to use one account to access all of the products that a multi-product company offers these days,” Martijn Vermaat, Senior Engineering Manager, explains. “We also wanted a unified way to communicate with our users from a marketing perspective, which is hard to do when a user has a unique identity on each product.”

“People expect to be able to use one account to access all of the products that a multi-product company offers these days.”
Martijn Vermaat
Senior Engineering Manager

WeTransfer wanted to upgrade its siloed identity in two ways: improving its customers’ ability to use each of their products, and keeping their users’ data even more secure.

“Creatives use WeTransfer to share work with their clients, and they need to do so securely. So about a year and a half ago, we built multi-factor authentication (MFA) in WeTransfer.com from scratch,” Vermaat explains. “But to add it to our other products, we would have had to implement it from scratch two more times and then work to maintain those systems in three different places.”

WeTransfer considered building a centralized identity management system in-house. However, from experience partnering with technology vendors like AWS for its cloud infrastructure, WeTransfer decided its development resources would be better utilized on the technology that differentiates them from their competitors instead. “For more foundational things like authentication, we have a default buy-over-build strategy,” says Vermaat.

WeTransfer Implements Social Logins for Millions of Users in 3 Months

WeTransfer compared identity providers on the market and chose Auth0 because “it came with batteries included,” offering all the necessary features and functionality needed out of the box.  WeTransfer also cited its developer-friendliness as a key factor. “Auth0’s approach really resonated with our development team — the documentation for developers was first class, and there were plans ready to take us through the entire implementation,” says Vermaat.

WeTransfer worked with Auth0’s Professional Services team to integrate its identity systems with Auth0’s, launching social logins to an audience of 70 million monthly active users across all three products in "half" the time they would have needed to build its own system. “It took about three to four months from signing the contract to launching to end-users,” says Vermaat. “If we had tried to implement a centralized authentication system ourselves, it would have taken much longer.”

Now, whenever WeTransfer’s users log into any of their products, their identities are automatically migrated and merged into a single database. “When a user logs in, we check each of our three user databases from the three products for their credentials,” says Vermaat. “If we find them anywhere, we merge them and create a user in Auth0.” And by setting up Rules, WeTransfer can customize their use case for tasks like normalizing user profiles coming in from different social providers.

“It took about three to four months from signing the contract to launching to end-users. If we had tried to implement a centralized authentication system ourselves, it would have taken much longer.”
Martijn Vermaat
Senior Engineering Manager

Just one month after launching social logins to customers, the number of users that create a free account for WeTransfer’s products instead of using their products anonymously has increased considerably. “We provide sign-in with Google, Apple, and Slack. And offering the ability to sign in with Google has really increased our conversion rate for our free users that create an account,” says Vermaat.

Auth0’s platform has also centralized the implementation of security features, including Brute Force Protection and MFA, for each of WeTransfer’s three products, which simplified the work required to assure its customers that their data is secure. “Instead of implementing these features multiple times, we can now turn them on across our products from the Auth0 dashboard.”

Most importantly, centralizing and simplifying user identity has helped WeTransfer to expand the ways it can help the creatives they serve. “We are rolling out a product bundle offering and looking to further integrate our products' functionalities, both of which would be hard to do without unified identities,” says Vermaat. “We see the centralized user identity that we implemented with Auth0 as a fundamental part of what will allow us to build more features like those in the future.”

“We see the centralized user identity that we implemented with Auth0 as a fundamental part of what will allow us to build more features like those in the future.”
Martijn Vermaat
Senior Engineering Manager