How to Back Up the PSaaS Appliance Using the CLI

How to Back Up the PSaaS Appliance Using the CLI

You may use the PSaaS Appliance CLI to perform a Mongo backup on a specific node.

Beginning with version 11638, the backup doesn't include sensitive configuration information such as encryption keys.

Prior to Beginning the Backup

Beginning with PSaaS Appliance version 6868, you may only back up nodes added to the backup role.

Please be aware that we use the following sample values throughout this document:

To initiate a backup, run the following command in your local command-line interface:

For example, if you were to run the above command using the provided sample values, you would run:

If the command successfully begins the backup process, you will see the message, "Backup in progress." 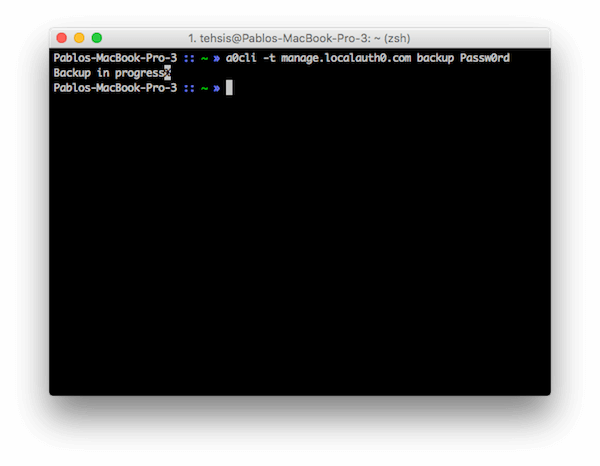 The backup will be encrypted using the aes-256-crt algorithm.

Only one backup may performed and stored at any given time. Prior to generating a new backup of a node, you must delete the existing backup.

Back up Sensitive Configuration Info

Beginning with PSaaS Appliance version 11638, the backup command does not save sensitive configuration information such as encryption keys. You need to manually back up these keys (and any other sensitive information) if you want to fully recover an PSaaS Appliance installation using a backup copy.

To do this, you can use the backup-sensitive command, which works the same way as backup. You must run the command on a node where you previously ran set-as-backup.

The full instructions (along with the commands you'll need to run) are as follows:

Check the Status of the Backup

You can check on the status of a backup (or whether a backup exists) by running the following command in your local command-line instance:

If a backup is available, you will see a message similar to the following: 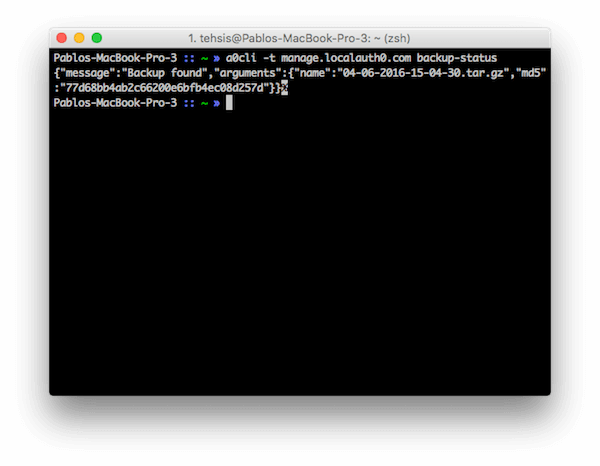 Before retrieving a backup, we recommend checking to see if there is one first.

To retrieve an existing backup, you will use the "backup-retrieve" message in your local command-line instance:

This will download the backup inside of a file called backup-retrieve.tar.gz.enc.

Auth0 recommends checking the md5sum of the retrieved file against that received as part of the back-up status message.

Please remember that the files are encrypted using the aes-256-crt algorithm.

To delete an existing backup, you will use the "backup-delete" message in your local command-line instance:

To restore a backup, please open up a ticket requesting assistance via the Auth0 Support Center.