Using Rules with the Authorization Extension

Using Rules with the Authorization Extension

Currently, we provide two ways of implementing role-based access control (RBAC), which you can use in place of or in combination with your API's own internal access control system:

For now, both implement the key features of RBAC and allow you to restrict the custom scopes defined for an API to those that have been assigned to the user as permissions. For a comparison, see Authorization Core vs. Authorization Extension.

You can use rules with the Authorization Extension to do things like:

Because the above logic is part of a rule, it will only be executed in the context of a login. If users are added to or removed from a group, this change will only be reflected in Auth0 after the user's next login.

If you'd like to add custom claims to your tokens, you can do so by creating additional rule that allows the Authorization Extension to do so. Custom claims should be namespaced.

You should limit the number of claims you add to the token.

When calling the /authorize endpoint or configuring Lock, you'll need to specify the information you want in the scope by indicating groups, permissions and/or roles.

You can also write rules that are executed after the Authorization Extension rule to do things like control access to your application. One method of doing this is to specify the roles that are required for each application using the application metadata.

In this step, you'll set the Application's metadata with its roles, which are groups of permissions that you've grouped together to create a specific set of functionality. You can think of this step as "tagging" the Application so that the rules you'll set up in the next step know which Application to act on.

⁠⁠⁠⁠1. To set the context.clientMetadata field with required_roles, begin by selecting the application you want to work with in the dashboard.

This brings you to the application's Settings. Scroll down and click Show Advanced Settings at the bottom of the page. 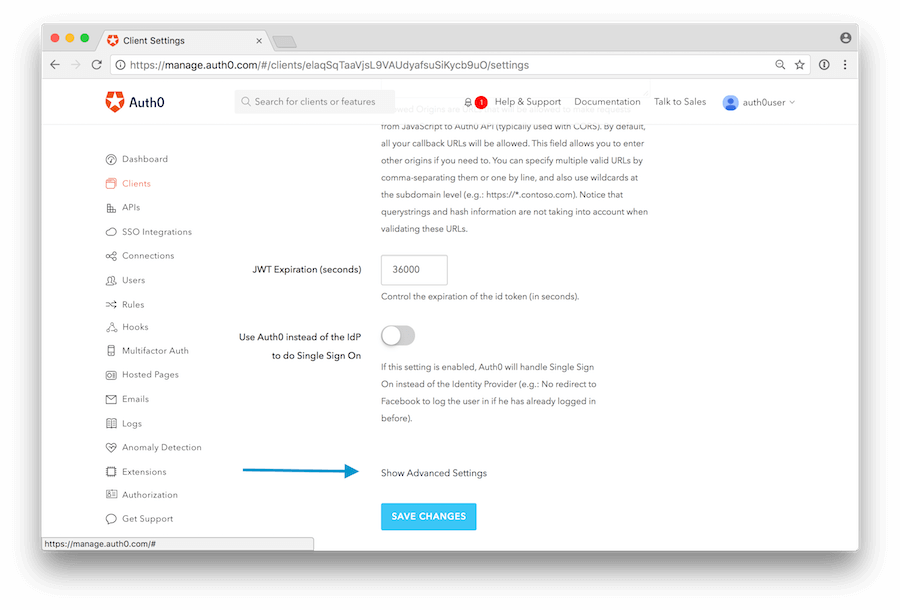 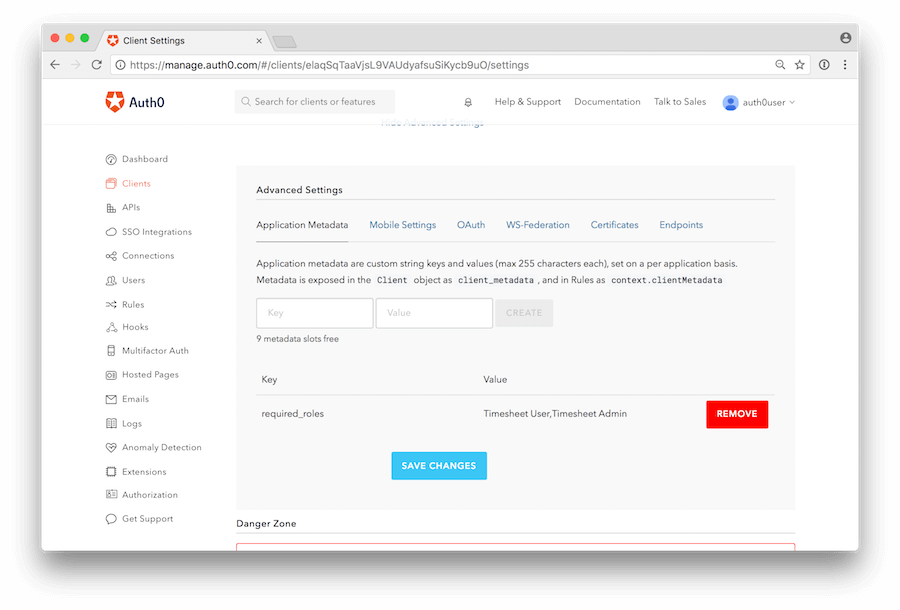 Now that each Application has a role associated with it, you can create the rule executes with this piece of application information in context.

Before creating this rule, enable Roles under the Token Contents and publish the Authorization Extension rule. Then, add this rule and make sure it is listed after the generated "auth0-authorization-extension" rule.

After setting required_roles, create a new rule with the following body: