All Auth0-issued JSON Web Tokens (JWTs) are JSON Web Signatures (JWS), meaning they are signed rather than encrypted. As such, this document describes the JWS structure of a JWT.

To see for yourself what is inside a JWT, use the JWT.io Debugger. It will allow you to quickly check that a JWT is well formed and manually inspect the values of the various claims. 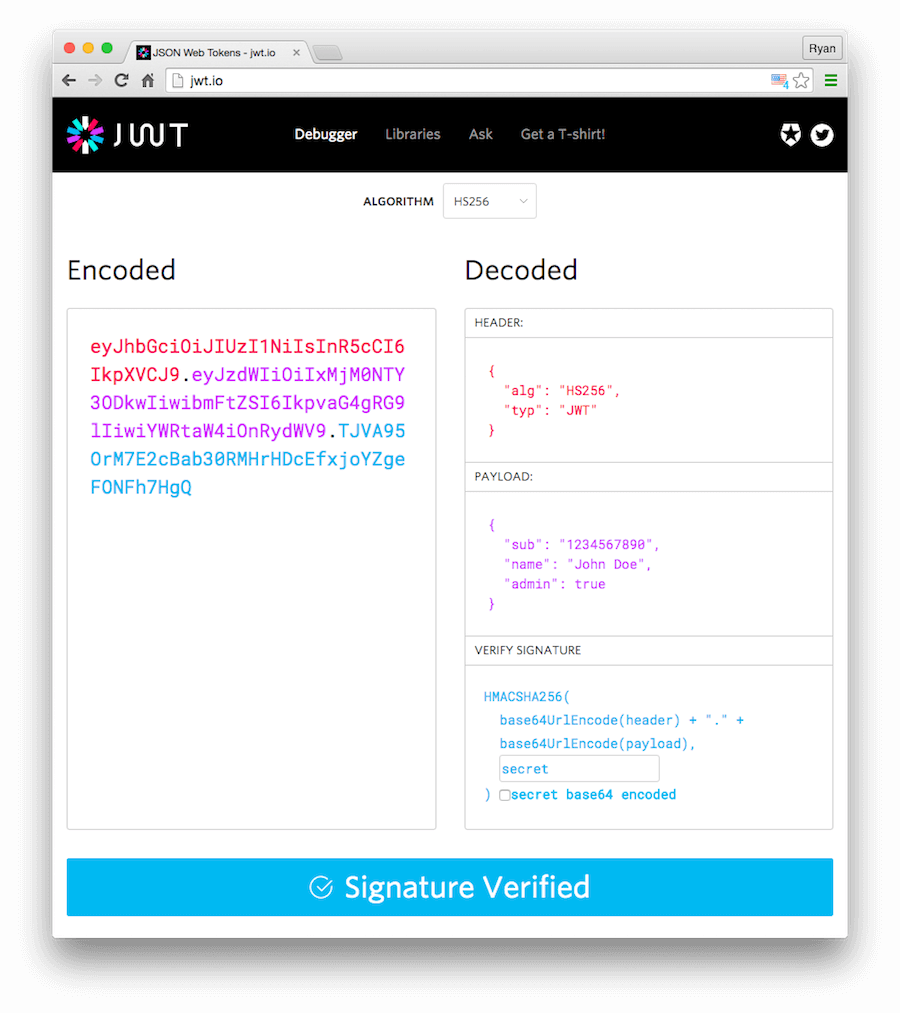 Where can I find my secret or public key?

The header typically consists of two parts: the hashing algorithm being used (e.g., HMAC SHA256 or RSA) and the type of the token (JWT).

How ever you use a JWT, you must check its signature before storing and using it.