If you have built a web application, you most likely had to implement user registration, login, and logout and have restricted access to resources depending on the user. This is what authentication and authorization deal with. There are many ways to implement this in Ruby, and they all have pros and cons. In this post, you'll learn about five different gems you can use to implement authentication and authorization in your Ruby application.

Before you jump into the gems, you must understand the difference between authentication and authorization because they are commonly confused.

Authentication is proving if someone or something is who they say they are, while authorization checks if something or someone has access to a particular resource and is allowed to perform a specific action.

One of the reasons these two concepts get misused is because, usually, authentication has to happen first for authorization to occur. You could need to verify a user's identity to determine whether or not they have access to a particular resource.

With these concepts in your mind now, let's head up to the gems.

Devise is an authentication gem for Rails based on Warden, a Rack authentication framework that is based on the modularity concept of only using what you need. Devise is an MVC solution based on Rails engines; it allows you to have authentication on multiple models, meaning you could, for example, have a User model and an Admin model, and they will have different controllers and routes to login, logout, etc.

Because Devise is so heavily based on Rails, it is recommended you have some Rails knowledge before jumping in and using it.

To get it to work in your app, you need to add it to your Gemfile and follow the installation steps from their documentation. Finally, you can create a new model; let's say you want to call it User, for you'll need to run:

The above command will create the model, and the migration, which, when you run rails db:migrate looks as follows:

The migration creates a new User table and adds a few indexes to the table, such as a unique index for the email and the reset_password_token without you having to do much else.

It will also generate all the necessary routes for you to handle sign-up, login, logout, and even password-set flows:

Also, on the controller level, Devise provides you with some helpers and filters like the authenticate_user! helper function, which denies controller access to unauthenticated users.

So yeah, Devise sets up many things for you, but once you have added it to your project, you need to maintain your user's table and all the information related to the user's identity.

OmniAuth is a library that allows you to implement multi-provider authentication for web applications. For example, if you wanted to authenticate your users using their Google or Facebook accounts, you could use the OmniAuth gem to delegate the authentication to those providers.

OmniAuth introduces the concept of strategies. A strategy is a provider who will perform the authentication. In the example above, it'll be the Google and Facebook strategies.

Auth0 has implemented an OmniAuth strategy called omniauth-auth0. You might know it as the Ruby on Rails SDK, which you can use to implement authentication in a Rails web application.

Let's use the Auth0 strategy to understand how OmniAuth works. OmniAuth assumes that there are two parts to the process of authentication. The request phase and the callback phase which is illustrated in the following diagram: 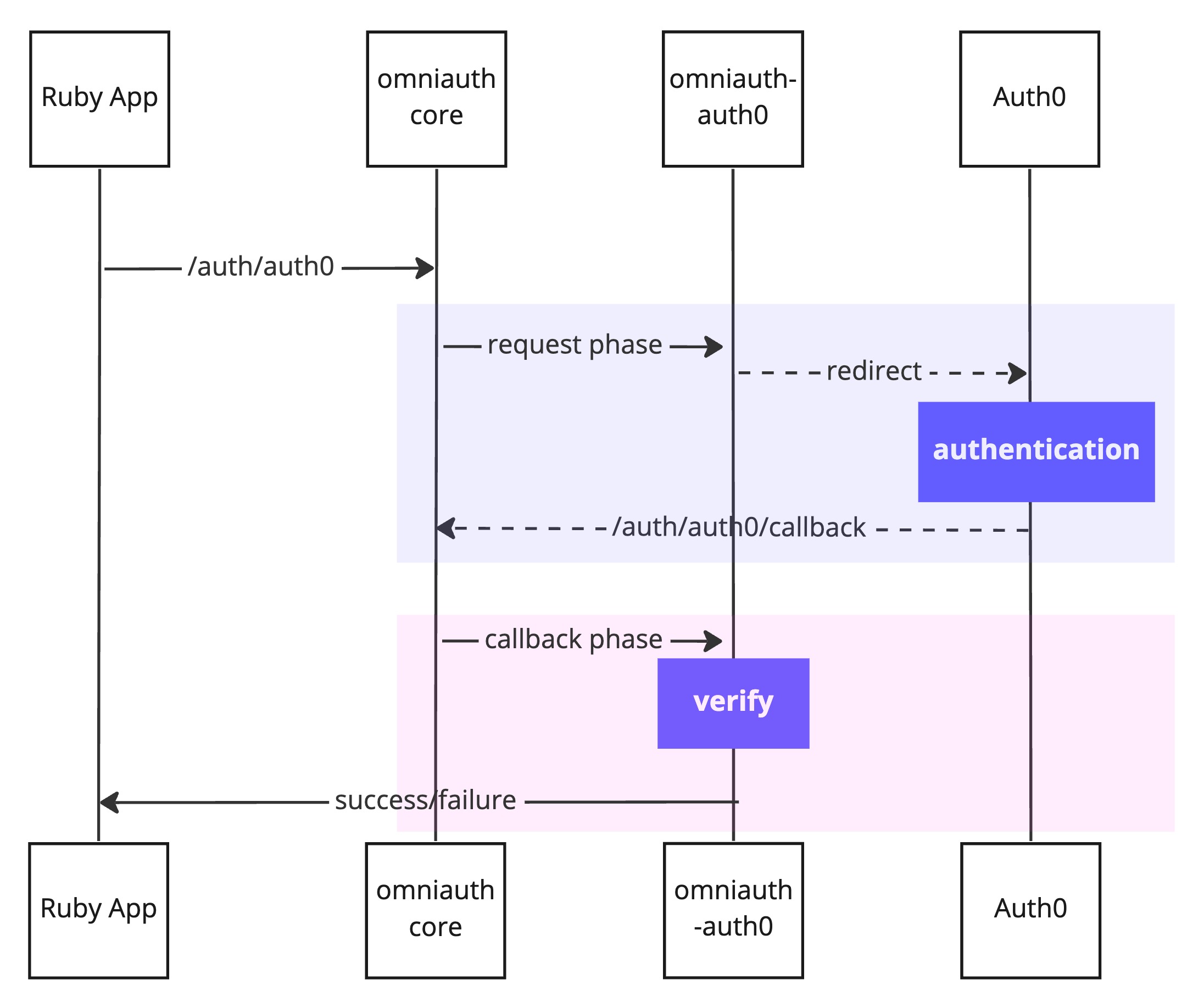 The request phase is typically a redirect to the provider's website, in this case, Auth0. Then Auth0 will authenticate the user and (optionally) ask permission to share information about them with the application. Finally, Auth0 redirects to your application, sending along data about the user, such as an ID Token and an Access Token, as well as other information the user permitted to share. You can then catch that information by implementing a callback action in your authentication controller. This action will be automatically called once the user authentication process has finished.

Your authentication controller would then look similar to this:

To learn more about how to integrate the ominiauth-auth0 gem into your app, you can install the SDK and follow the Ruby on Rails Quickstart.

This approach allows you to delegate all the authentication functionality to a third party like Auth0, meaning that you don't have to store anything related to the user's identity other than the Access Token to make authorized requests in the future.

When to use Devise or OmniAuth?

As usual in software engineering, it depends on your use case. You should use Devise if you want to be the maintainer of the infrastructure that manages your users' identity. If you want to allow your users to use your application by authenticating with other providers, you should use OmniAuth.

There is an option to combine Devise with OmniAuth thanks to Devise's implementation, which allows you to get the best of both worlds.

Pundit is an authorization gem that allows you to restrict certain parts of your Rails application to authorized users. Pundit provides a set of helpers which guide you in leveraging regular Ruby classes and object-oriented design patterns to build a simple, robust, and scalable authorization system.

Pundit is focused on the notion of policy classes, and a policy is nothing more than a list of methods where you specify who can do what. For example, imagine you have the typical Post model; then you'd have a PostPolicy such as:

The authorize! method automatically infers that Post will have a matching PostPolicy class and instantiates this class, handing in the current user and the given record. It then infers from the action name that it should call update? on this instance of the policy. You'd usually put all the policy classes under app/policies, and each domain object should have its respective policy class.

Similarly to Pundit, CanCanCan provides a new concept called ability. An ability is a class where you manage all authorizations. If you think about the Post example from above, in CanCanCan, you will define an ability such as:

In this case, three rules are defined when it comes to reading a Post. Each ability can have the form can actions, subjects, conditions. You could then create your PostsController such as:

In this example, if a post is public, when calling the authorize! helper in your controller, even non-authenticated users will be authorized to read it. In the second case defined in the ability file, you need a user to be authenticated, and in the last, the user must have the admin role.

CanCanCan also offers the possibility to define abilities with "cannot" instead of "can", in case that makes more sense for the readability of your permission.

When to use Pundit or CanCanCan?

As you saw, both gems introduce similar concepts like policies and abilities. CanCanCan is easy to use and very straightforward, especially if you have a small number of domain objects; because you have a single ability class, it can get messy.

Pundit allows you to have one class per domain object, making it cleaner, but it's a bit more complicated when you start using it. Using Pundit might be a good option for its modularity if you have many domain objects.

A Special Guest: The JWT Gem

As you may know, JWT stands for JSON Web Token, a standard that defines a compact and self-contained way for securely transmitting information between parties as a JSON object.

JWT tokens are usually used for authentication and authorization. For example, if you have a Web API that needs to have secured endpoints, a good option would be to use token-based authorization with JWTs.

The JWT gem is a ruby gem to handle JSON Web Tokens, and it is pretty straightforward; its primary function is to encode and decode JWTs.

For example, let's assume you want to encode a payload using a RSA signature.

The value of token will be:

You can then use the JWT.decode function to decode it, and it will return:

An excellent way to also decode tokens and inspect them is going to jwt.io and pasting the token you just got from this blog post to see it decoded: 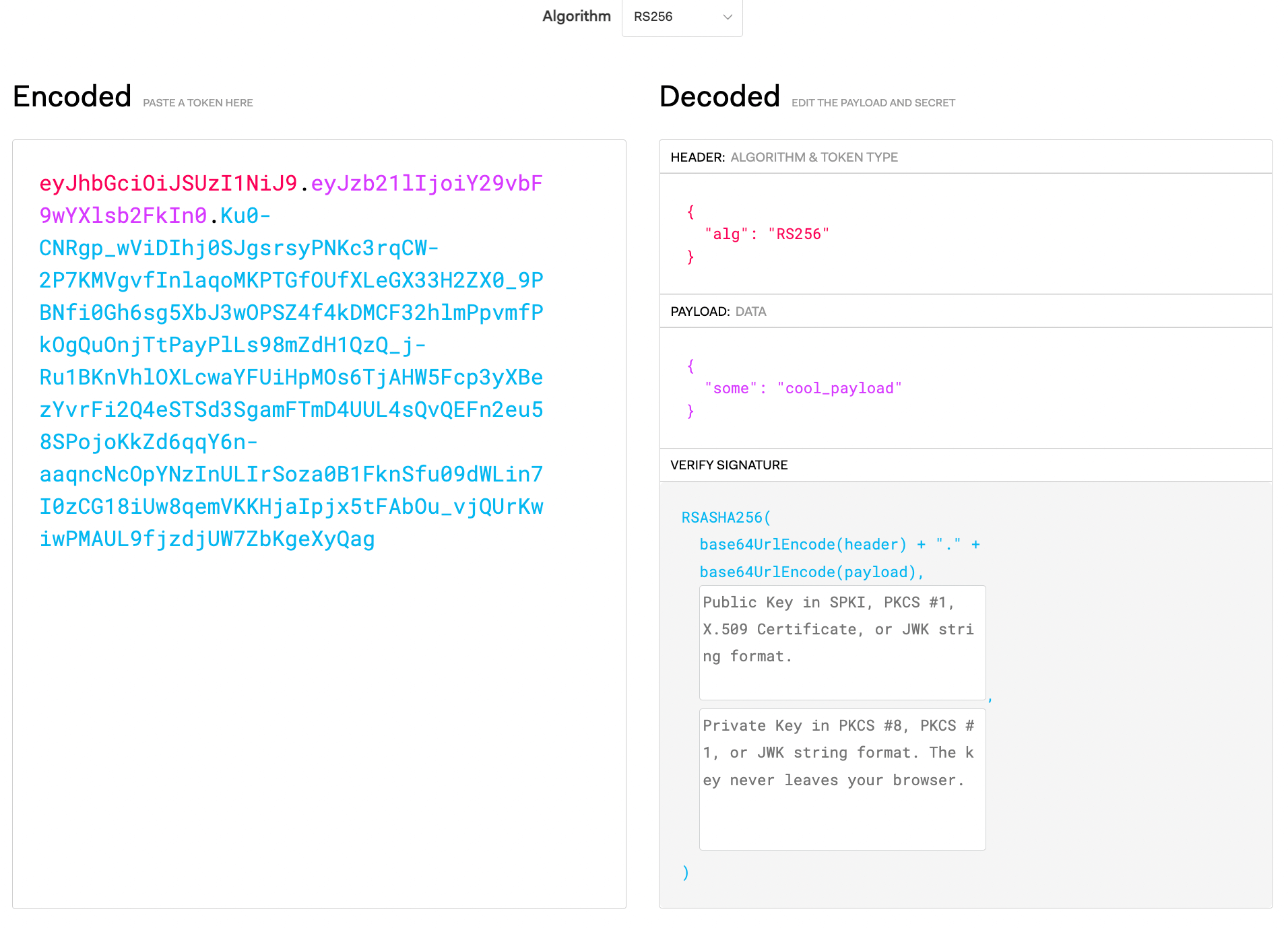 In this post, you learned about five different Ruby gems used for authentication and authorization and when to use them.

For authentication, you can handle the process using a database with Devise, delegate the authentication to a third-party using OmniAuth, or merge them and get the best of both worlds:

For authorization, Pundit and CanCanCan offer similar concepts but depending on the number of domain objects you have, and you might want to use one over the other:

What other gems do you use for authentication and authorization?

Let me know in the comments! 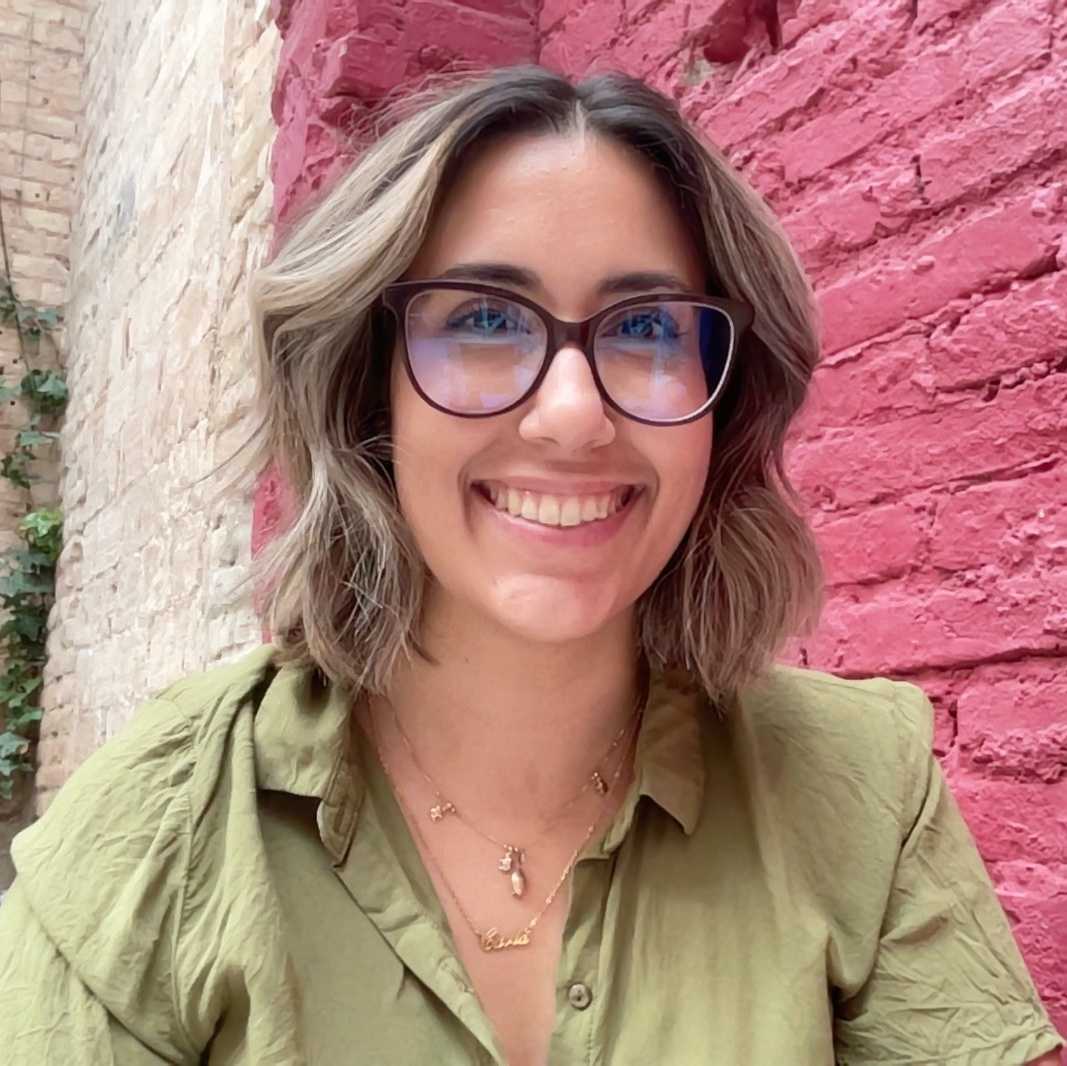 I've been working as a software engineer since 2014, particularly as a backend engineer and doing system design. I consider myself a language-agnostic developer but if I had to choose, I like to work with Ruby, Python, and Elixir.

After realizing how fun it was to create content and share experiences with the developer community I made the switch to Developer Advocacy. I like to learn and work with new technologies.

When I'm not coding or creating content you could probably find me going on a bike ride, hiking, or just hanging out with my dog, Dasha.

I've been working as a software engineer since 2014, particularly as a backend engineer and doing system design. I consider myself a language-agnostic developer but if I had to choose, I like to work with Ruby, Python, and Elixir.

After realizing how fun it was to create content and share experiences with the developer community I made the switch to Developer Advocacy. I like to learn and work with new technologies.

When I'm not coding or creating content you could probably find me going on a bike ride, hiking, or just hanging out with my dog, Dasha.