TL;DR: In this article, we are going to learn the basic features of mocking API calls in Python tests. We'll start by exploring the tools required, then we will learn different methods of mocking, and in the end we will check examples demonstrating the outlined methods. The final code can be found on this GitHub repository.

A mock is a fake object that we construct to look and act like the real one. We swap the actual object with a mock and trick the system into thinking that the mock is the real deal.

By mocking out external dependencies and APIs, we can run our tests as often as we want without being affected by any unexpected changes or irregularities within the dependencies. Mocking also saves us on time and computing resources if we have to test HTTP requests that fetch a lot of data.

"By mocking external dependencies, we can run tests without being affected by any unexpected changes or irregularities within the dependencies!"

For this tutorial, we will require Python 3 installed. Having it on our machine, let's set up a simple folder structure:

We will make use of virtualenv; a tool that enables us to create isolated Python environments. These environments help us to manage dependencies separately from the global packages directory. Let's first install virtualenv, then let's create a virtual environment for our project, and then let's activate it:

After that, let's install the required packages:

To make future installations easier, we can save the dependencies to a requirements.txt file:

For this tutorial, we will be communicating with a fake API on JSONPlaceholder.

TDD is an evolutionary approach to development that combines test-first development and refactoring. We write a test before we write just enough production code to fulfill that test. We then refactor the code to make the test pass. The main goal of TDD is the specification and not validation; it’s one way to think through our requirements before we write functional code. We will follow this approach and begin by writing a simple test to check our API's response's status code.

To run this test we can issue nose2 --verbose. The test will fail with an error since we are missing the module we are trying to test.

We then refactor the functionality to make it pass.

We then re-run the tests again using nose2 --verbose and this time, our test will pass.

Up to this point, we wrote and tested our API by making real API requests during the tests.

The code is working as expected because, until this point, the test is actually making an HTTP request. Real-world applications will result to increased complexity, more tests, and more API calls. If we wrote a thousand tests for our API calls and each takes a second to fetch 10kb of data, this will mean a very long time to run our tests. It will also require more computing and internet resources which eventually slows down the development process. In any case, our server breaks down and we stop the development of our client application since we cannot test it. In this section, we will learn how to detach our programming logic from the actual external library by swapping the real request with a fake one that returns the same data. Let's explore different ways of using mocks in our tests.

The first method is the use of decorators:

Running nose2 again () will make our test pass without modifying our functions in any way.

When the test function is run, it finds the module where the requests library is declared, users, and replaces the targeted function, requests.get(), with a mock. The test also tells the mock to behave the way the function expects it to act. Looking at get_users(), we see that the success of the function depends on if our response has an ok property represented with response.ok which translates to a status code of 200. That is what the line mock_get.return_value.status_code = 200 is doing. When the status_code property is called on the mock, it will return 200 just like the actual object. The get_users() function will return the response, which is the mock, and the test will pass because the mock response status code is 200.

In this example, we explicitly patch a function within a block of code, using a context manager. The with statement patches a function used by any code in the code block. When the code block ends, the original function is restored.

Another way to patch a function is to use a patcher. We identify the source to patch and then we start using the mock. The patching does not stop until we explicitly tell the system to stop using the mock. This is more suitable when using the setUp() and tearDown() functions in tests where we can start the patcher in the setup() method and stop it in the tearDown() method.

"I just learned about different mocking techniques on Python!"

In the previous examples, we have implemented a basic mock and tested a simple assertion. In this section, we focus on mocking the whole functionality of get_users(). When using @patch(), we provide it a path to the function we want to mock. The function is found and patch() creates a Mock object, and the real function is temporarily replaced with the mock. When get_users() is called by the test, the function uses the mock_get the same way it would use the real get() method. That means that it calls mock_get like a function and expects it to return a response object.

In this case, get_users() function that was patched with a mock returned a mock object response. Whenever the return_value is added to a mock, that mock is modified to be run as a function, and by default it returns another mock object. In this example, we made it more clear by explicitly declaring the Mock object: mock_get.return_value = Mock(status_code=200). The response object has a status_code property, so we added it to the Mock.

The response object also has a json() function that returns a list of users. We added it to the mock and appended it with a return_value, since it will be called like a function. Notice that the test now includes an assertion that checks the value of response.json(). We want to ensure that the get_users() function returns a list of users, just like the actual server does.

Securing Python APIs with Auth0 is very easy and brings a lot of great features to the table. With Auth0, we only have to write a few lines of code to get:

For example, to secure Python APIs written with Flask, we can simply create a requires_auth decorator:

Then use it in our endpoints:

To learn more about securing Python APIs with Auth0, take a look at this tutorial. Alongside with tutorials for backend technologies (like Python, Java, and PHP), the Auth0 Docs webpage also provides tutorials for Mobile/Native apps and Single-Page applications.

Mocking API calls is a very important practice while developing applications and, as we could see, it's easy to create mocks on Python tests. This technique introduces several advantages including, but not limited to, faster development and saving of computing resources. 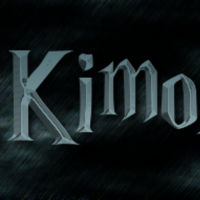