The DID and VC W3C standards are core building blocks to enable Decentralized Identity scenarios. The Auth0 Lab team has been following the space closely, and we're excited to support Dock with this important work. 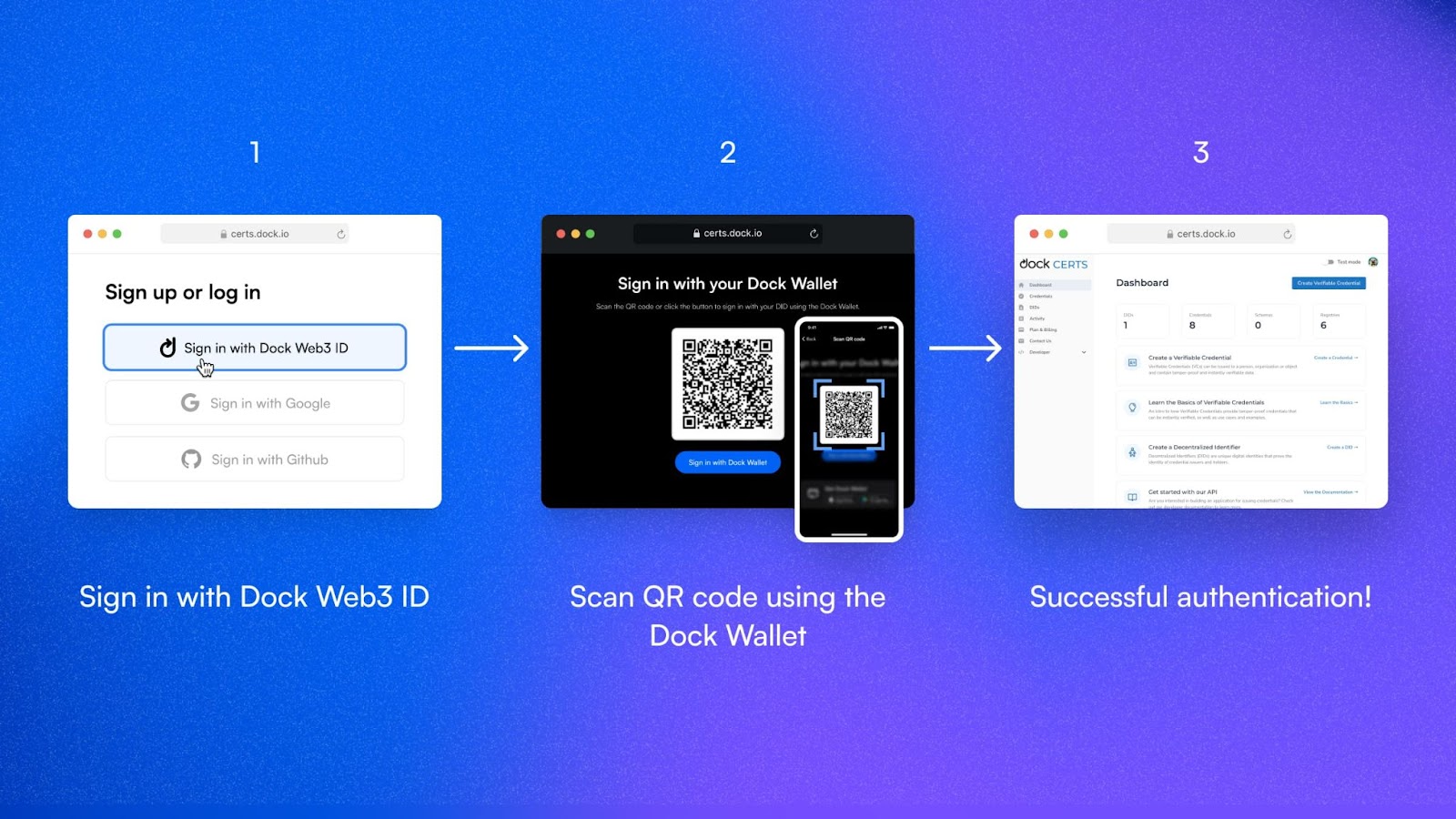 The Genesis of Decentralized Identity

The 2010s saw a stream of news on the misuse of identity information (1, 2, 3). Governments responded with new regulations, like the European Union’s General Data Protection Regulation (GDPR) and the California Consumer Privacy Act (CCPA). Technologists started thinking about their own solutions for how to design a web ecosystem that doesn't rely on large centralized players to arbitrate identity across the web. While Decentralized Identity won't solve every privacy concern, it will hopefully represent a move towards user control of their data.

One of the core tenets of Decentralized Identity is that users own and control their identity information. In Web2, users sign in with centralized identifiers like email addresses and social media profiles. Web3 users want decentralization, to own their assets and identifiers, and to preserve their privacy while accessing apps and services. Web3 introduced the ability to sign in using cryptocurrency wallets. But with crypto wallets, all the user data that a developer can verify is on the blockchain, like assets owned or transaction history. Putting personal user data on the blockchain can be a major privacy issue, as a public blockchain is immutable and… public.

The need to have a Web3-native system that enables organizations to verify private user data led Dock Labs to build Web3 ID, a blockchain-based Authentication and Authorization system that puts user privacy first. With Web3 ID, users' private data is stored on their non-custodial wallet apps.

However, this notion poses all sorts of challenges. Users need both security and convenience. Traditionally, they offloaded these responsibilities to the major social IDPs, like signing in with Google, which provided both very well, but sacrificed user privacy and control as Web3 organizations realized that getting a user to successfully handle a private key with a wallet can prove to challenge.

Another challenge of Decentralized Identity is that it's an ecosystem play; a lot of independent actors need to adopt similar standards so the identity can operate between systems. To ensure that DIDs and their associated public keys are always available for verification, Dock publishes DIDs to a public blockchain that anyone can reference. Even though blockchains aren't required for DIDs to work, blockchains solve ecosystem problems by making the data publicly available for anyone to build against.

In the meantime, the standards for Decentralized Identity are evolving and being solidified. The World Wide Web Consortium (W3C) recently finalized the DID Core standard. The W3C's working on Verifiable Credentials continues to evolve the standard to fit industry needs. Dock Lab's evolving toolset is keeping apprised and applying these developments.

Dock Labs, the team behind Web3 ID, has been in the decentralized identity space since 2017. "We started Dock to enable organizations and individuals to create and share verified data," says Elina Cadouri, co-founder of Dock.

While Web3 ID allows developers to verify user data in Verifiable Credentials, Dock's Decentralized Identity Platform, Certs, provides a highly secure and scalable solution to issue these credentials through a no-code dashboard or a simple-to-use API.

And it's all built on top of the Dock blockchain. A Proof of Stake distributed ledger purposely created by Dock Labs for identity use cases, with high throughput, energy, and cost efficiency.

DIDs are cryptographically-verifiable pseudonymous identifiers created by the user, owned by the user, and independent of any organization. When a user creates an account in the Dock Wallet app, a DID will automatically be created for them.

DIDs contain no personal data about the user. An example of a DID store on the Dock blockchain could look like this:

Each DID is supported by one or many Public-Private cryptographic key pairs.

When a user scans the QR Code generated by the Dock Web3 ID Auth0 integration, the user's Private Key associated with the DID digitally signs a Verifiable Credential. The user signs the VC to prove that they control the DID.

This Verifiable Credential is sent to Dock, who verifies that the Credential was indeed cryptographically signed by the correct user and grants the user access to the app. 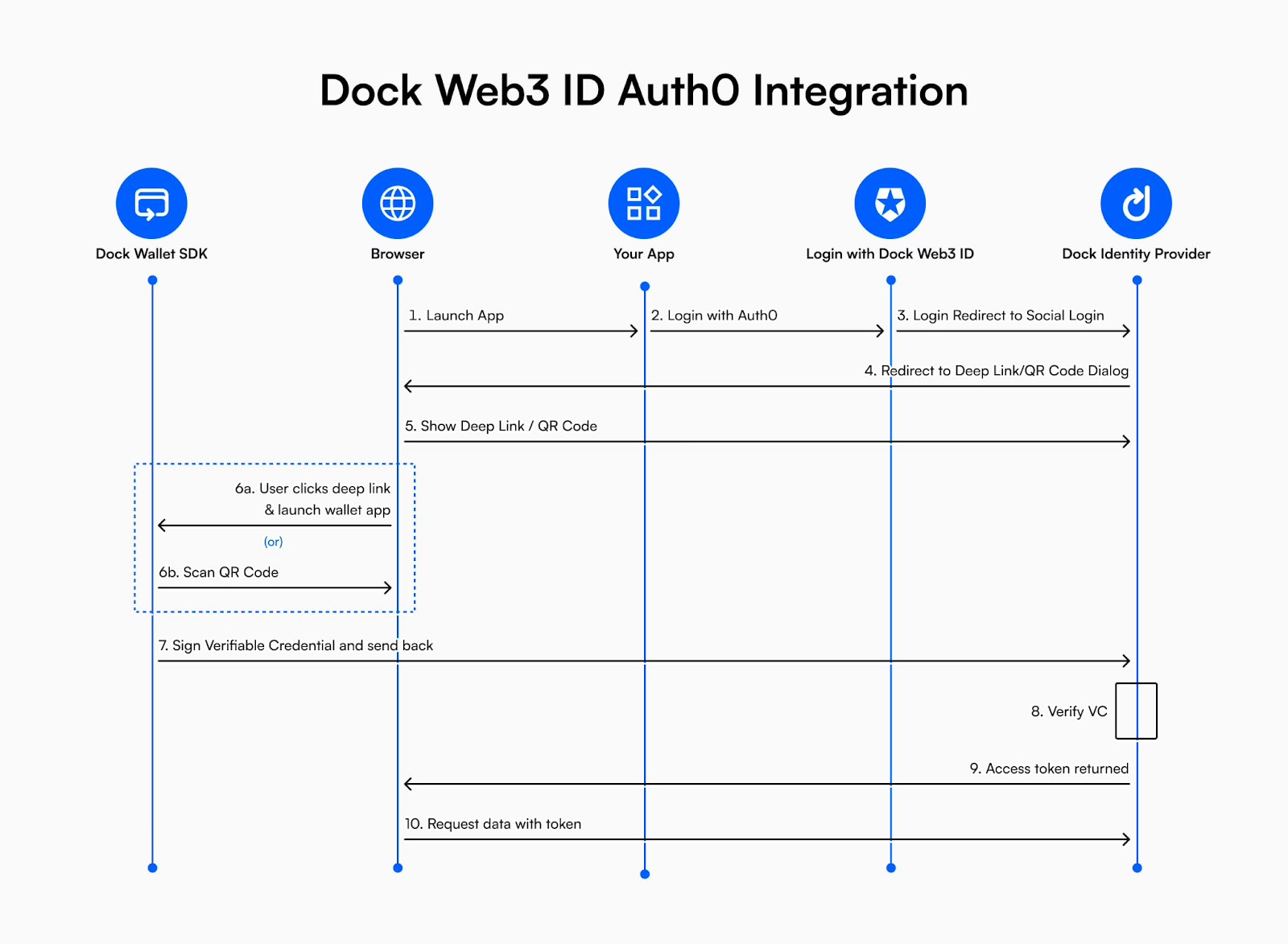 To add the Dock Web3 ID Integration to your tenant, head over to Auth0 Marketplace integration, and check out the installation guide! Like with any integration, some claims about the partner's system aren't controlled by Auth0/Okta and are subject to changes by the partner.

The Auth0 Lab team is actively exploring the best ways to enable developers to build applications that rely on Web3 identity constructs and help bridge the Web2 and Web3 worlds. You can follow our progress on Twitter. If you're interested in speaking with the team, join our Discord and start a thread.

The Auth0 Marketplace is looking for Web3 partners to build new extensions onto Auth0. Visit https://auth0.com/integrate to learn more. 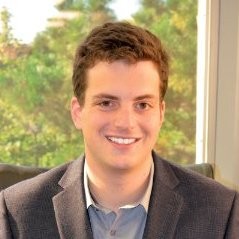 Sam Frank is Auth0's Sr. Product Manager for new initiatives. He works within the Auth0 Lab to commercialize the team's new ideas so they're available for builders everywhere. As a former platform product manager and startup product lead, he knows the challenges that developers face when creating new apps and he leverages those experiences to focus our teams efforts delivering the next generation of identity tools.
View Profile

Sam Frank is Auth0's Sr. Product Manager for new initiatives. He works within the Auth0 Lab to commercialize the team's new ideas so they're available for builders everywhere. As a former platform product manager and startup product lead, he knows the challenges that developers face when creating new apps and he leverages those experiences to focus our teams efforts delivering the next generation of identity tools.
View Profile