tl;dr: We created a node module to run two versions of a feature at once (original and new), compare the results, and always return the original results. It is useful in deploying new versions of features without breaking changes.

This is something I really like and a positive thing in general, as for example it allows us to do things like fixing production bugs in short timeframes. Shipping fast is great, but we can't do it recklessly, because stability and availability are core concerns for us. And I'm not just talking about our service, but also about the contracts we commit to in our APIs and SDKS. We never break compatibility, unless there's a security concern involved.

"Shipping fast is great, but we can't do it recklessly. Stability and availability are core concerns for us."

To prevent issues, one option is to move slower. Another option is to start relying more on tools and automated tests to make sure that deployments do not introduce any breaking changes.

We settled on a hybrid approach. On the one hand, we host segregated production clusters with different release cadences. One of the clusters gets updated on every change we make, and the other one gets a batch update with a one day delay (approximately). On the other hand, we constantly improve the automated tests that run in our build server before each release, to include additional checks before new versions are deployed to production.

One tool we created is a node module named feature-change. We got the idea from a blog post by @holman explaining how GitHub moves fast & breaks nothing. I think it is best to tell you how it works using a real life example.

It all started with a new requirement from one of our customers:

Is there a way to search for users by field XYZ?

There wasn't, so we went ahead and implemented search against our small MongoDB instance. And all was good.

After that, we had a request from another customer:

Is there a way to search for users by field ABC?

Then, we had another request, so we decided to allow searching by any field, providing some sensible defaults for the common cases. For a while, this worked perfectly, but as our customer base (fortunately) grew, we realized MongoDB wasn't exactly built for this kind of thing.

For v2 of our API, we had learnt our lesson, so we did not allow searching against MongoDB. Instead, we relied on Elastic Search for this use case, which is working as expected so far.

However, some of our customers are still on v1 of our API. Some of their searches against MongoDB were really slow, affecting the database's stability. So, we decided to exactly replicate the v1 search functionality in ES to reduce the load on our database.

We know a LOT of our customers rely on search, so we didn't want to introduce any issues with this change. For that purpose, we decided to take advantage of the idempotency property of a search operation to deploy a temporary version to production that did all of the following:

We ran this version in production for a couple of weeks and used our logging infrastructure (Kibana/ES) to log the differences. Kibana provides a very useful feature that allows you to create stack charts based on counts of a certain event. In the following chart, the blue part represents the relative percentage of differences compared to successful results. In other words, the blue bars show breaking changes, which we wanted to reduce.

After fixing three different bugs we got rid of all the blue. We monitored the differences for a week to see if any new sources of errors appeared. When they didn't, we removed the code using feature-change and completely replaced MongoDB with ES in production.

We have open-sourced feature-change so you can use it in your own Node.js applications. Feel free to open issues, send PRs, etc. 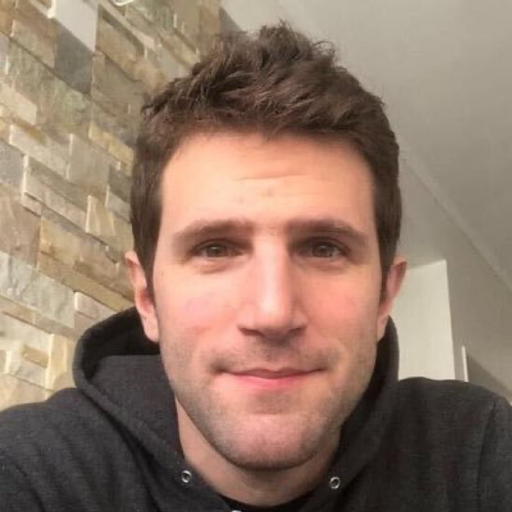 Damian is a Principal Engineer at Auth0's Office of the CTO, where he does research and development of forward looking products. Today he is focused on authorization at scale and decentralized identity. Before Auth0, Damian spent many years working for and at Microsoft on Azure, Media and patterns & practices related initiatives. He spends his spare time with family, friends, exercising and catching up on all things NBA.
View Profile

Damian is a Principal Engineer at Auth0's Office of the CTO, where he does research and development of forward looking products. Today he is focused on authorization at scale and decentralized identity. Before Auth0, Damian spent many years working for and at Microsoft on Azure, Media and patterns & practices related initiatives. He spends his spare time with family, friends, exercising and catching up on all things NBA.
View Profile