In the mid-2010s, the acronym “API” graduated from a piece of technical jargon used by developers to a term passed around boardrooms. As early as 2016, Gartner declared that “we live in the API economy.” Shortly after, the expression “API-first” followed the same course, but many people who use this expression still don’t know what it means.

Essentially, API-first architecture is an approach to software design that centers the API in order to create applications that can easily interface with one another. API-first creates ecosystems of applications that are modular, reusable, and extensible, like Lego blocks.

If you’re not a developer, you don’t need to grasp the finer points of the “HTML5 vs. Native debate,” but you do need to understand the impact that is going API-first can have on your business and your bottom line.

What Is API-First Design?

To understand the Value of an API-first strategy, first, we need a working API definition.

API stands for “application programming interface.” It’s a piece of code that acts as a go-between for two heterogeneous pieces of software. An API acts as a mediator or translator between two parties, passing requests and responses back and forth while exposing only the code necessary to complete the transaction.

An API is often compared to a waiter at a restaurant, communicating orders between the diner (which might be an internet browser) and the kitchen (the back-end services the diner is trying to access). The API takes this order to the kitchen and brings the requested dish back on a neatly organized plate. This system is good for the diner (who doesn’t need to walk to the kitchen/load a new webpage), and it’s good for the restaurant (which doesn’t want customers looking at its secret recipes/proprietary code).

Social logins are a common use case for APIs. When you implement social login, users can authenticate through an identity provider like Google, Apple, or Facebook with a single click. The API facilitates the whole, invisible interaction between your login screen and the social provider who confirms this user’s identity. 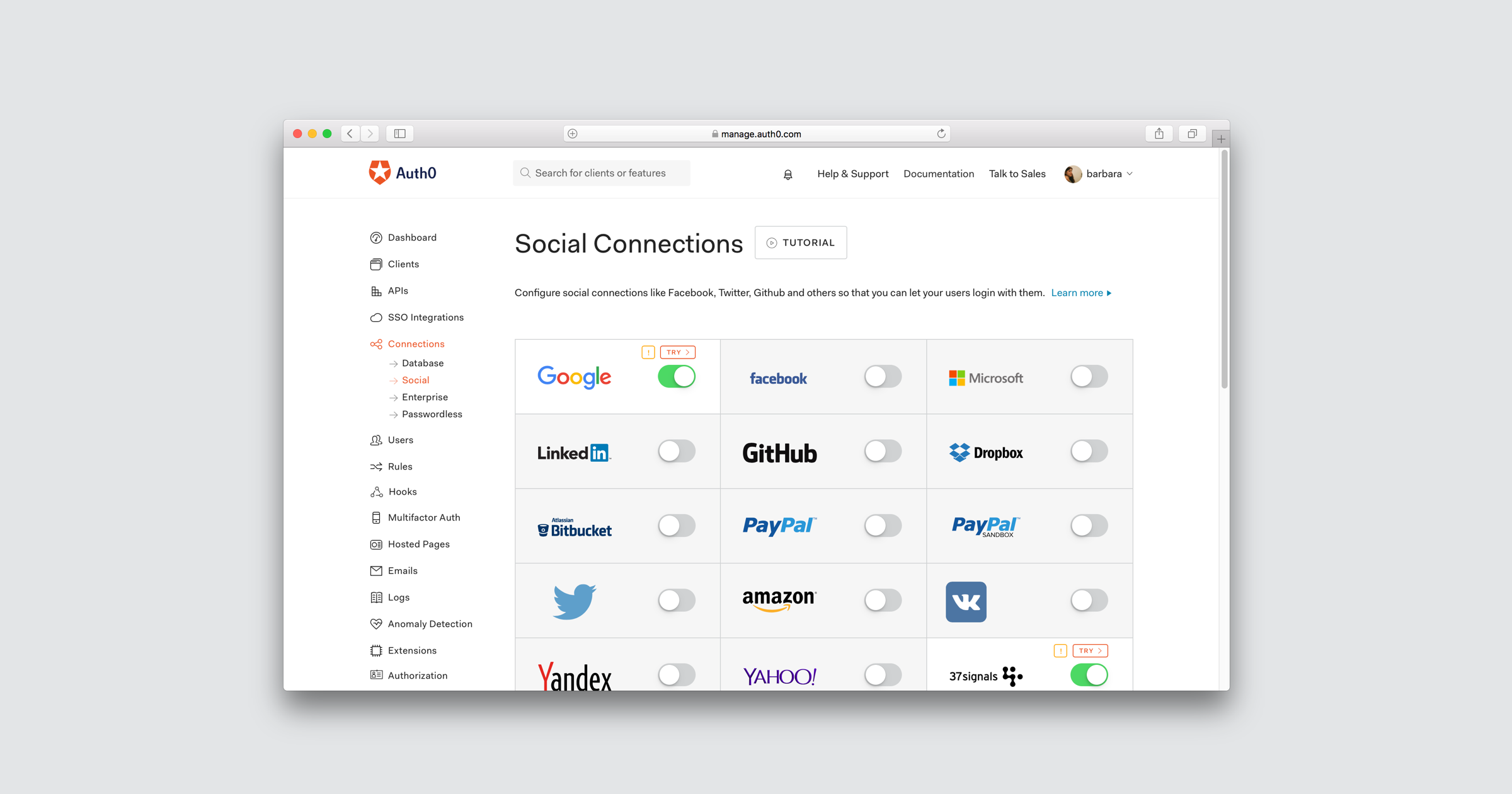 An API-first approach means thinking of an API as the most important user for an application. That might sound strange at first, but it makes intuitive sense, given how much crucial work the API does in communicating between applications.

API-first is a different approach from “code-first,” in which developers design an application’s functionality and then insert the API at the end. That code-first approach can be problematic if your application isn’t structured in a way that makes it easy for the API to access data. Going back to the restaurant analogy, API-first architecture means you design your restaurant so the waiter can navigate it with ease, rather than putting 15 flights of stairs between the kitchen and the dining room.

In API-first design, your development team works on API design before the rest of the application. As developer Joyce Lin wrote in Better Practices, “By introducing new features as an independent service accessed by API, the rest of the app can be stitched together, along with any other future apps.” To accomplish this, any successful API-first strategy hinges on creating excellent API documentation all teams can use. This makes for a better developer experience and ensures the design of the API is treated as a valuable company resource.

That ability to easily stitch together different apps and features is essential in our cloud-based, interconnected world, in which few business processes work in isolation, and users demand rich experiences across all platforms and devices.

How an API-First Approach Affects Your Bottom Line

The issue of API-first architecture can seem abstract from a business point of view, especially since APIs are designed to be unobtrusive rather than flashy. But focusing on APIs can have a direct impact on your business in the form of improved customer experiences, decreased development costs, and a better, more innovative product.

An API-first architecture speeds up the development process because APIs are modular and reusable. Your in-house team doesn’t have to code every functionality from scratch or try to integrate two fundamentally different applications. Instead, they start with integration in mind and work from there. APIs help facilitate the use of microservices, which are standalone features you can plug into any application.

Once the new API is built or purchased, your front-end and back-end teams can work on their own parts of the application simultaneously, instead of waiting on each other. That’s because these features don’t all have to build on one another; they just have to plug into the same API.

Faster time to market is a huge competitive advantage for most companies, so saving development time means huge financial benefits. That holds true whether your team is building an API or purchasing a third-party one. For example, Auth0’s customers regularly report releasing weeks or months earlier than they would have if they’d attempted to code their own identity solution in-house.

APIs improve CX by reducing friction, like social logins, a Google Calendar integration, so users don’t forget appointments or a Stripe integration that saves users from having to enter their payment information to make a purchase. APIs seamlessly connect different tools, which enables delightful user experiences.

As Segment said when they announced their transition to API-first, “In this networked world, customer experience is the only true competitive advantage.”

API-first architecture opens the door to innovation by making it easier for your developers to add new functionalities and easier for outside applications to embed your services. For instance, HBR reports that when Walgreens opened its photo-printing services to third-party APIs—allowing customers to print photos from their phones or social media accounts—it earned six times more revenue per customer for digital users than for in-person users.

Many of the biggest Software-as-a-Service (SaaS) names in this generation of tech are API-first companies. Stripe, Plaid, and Segment have all earned valuations of over a billion dollars with API-first platforms.

For many of these companies, the API itself is the product. Take the example of Twilio, an early leader in the API-first movement. Twilio’s product is an API that integrates phone capabilities into apps like Uber, which, by all accounts, was a nightmarishly difficult challenge for many developers. Then Twilio CEO, Jeff Lawson, made his pitch to investors, saying, “We have taken the entire messy and complex world of telephony and reduced it to five API calls.”

That concept was an immediate hit. To quote the ReadMe blog: “The ability to outsource a small functionality was a game-changer for tech startups that wouldn’t have been able to build out the software on their own. Companies like GroupMe, Lyft, and Shopify were only able to take off because they no longer had this huge technical barrier keeping them from building the product they dreamed of.”

Of course, Auth0 itself is another example of a company that achieved unicorn status on the strength of its API. Like any Identity-as-a-Service (IDaaS) platform, when you purchase Auth0, you’re purchasing access to our APIs, which facilitate transactions between users logging in and the databases that hold information about them.

You Can Try API-First, No Matter Your Company’s Stage

If you’re thinking, “Wow, I’m sold on this whole API-first development idea, but I can’t afford to overhaul all my systems,” you can breathe easy. Transitioning to an API-first approach doesn’t require refactoring your existing applications. It just means embracing a different mindset going forward.

As McKinsey noted in their report on APIs, “Value doesn’t need to come from creating something new. Businesses can also use APIs to improve functionality or add new features to existing products and services.”

The beauty of API-first design is that it allows developers to play and experiment—often with open-source software—so you can get an idea of what APIs will provide the biggest ROI. Want to learn more about Auth0’s approach to API-first or let your team try our tool? Contact us today.