EDITOR’S NOTE: Crypto (digital currency) is becoming more mainstream with crypto exchange Coinbase’s IPO splash and the creation of the cyber yuan. Permission.io’s business model uses Auth0 to protect its platform while delivering digital currency in exchange for permission-based advertising. We invited their CTO, Hunter Jensen, to pen a post to share his thoughts on crypto’s future.

Today crypto is highly volatile — investing can be a real roller coaster. But that’s changing. We just saw the first public valuation of a cryptocurrency company, with Coinbase coming in at $86 billion. Governments are creating digital currency or at least talking about it. Here’s why I think everyone will eventually be carrying a crypto wallet.

What Is Cryptocurrency Anyway?

Cryptocurrency is a digital currency issued by blockchain software and regulated by a decentralized set of systems, software, and rules.

Blockchain is really just a decentralized accounting ledger that records transaction after transaction. What makes it interesting is that it's decentralized — in most cases, there's no central authority running it. Blockchain also uses really complex and complicated cryptography and algorithmic mechanisms to be able to verify each one of these transactions. If you believe in the technology, you don't need a bank to be an intermediary to know that the transaction is taking place.

It helps to contrast cryptocurrency with fiat currency, which is issued by a government decree (or fiat) and regulated by a central authority.

Fiat is stable and controlled, which means it works well as a store of value and a unit of account. You can transfer it from one place to another and have it be the same value in both places. If a country prints a lot of money, it risks hyperinflation and depression, but that takes a certain amount of time to happen. Money, as we know it, has been around for thousands of years.

It’s also expensive and time-consuming to do big complicated transactions with fiat currency. If you’ve ever tried to buy a house or send money from the U.S. to a country in Eastern Europe, for example, it can get very tricky and take a long time.

Crypto is not without its pros and cons. It's much faster and cheaper and is often anonymous. You don't have to go through a trusted third-party to conduct a transaction. The benefit is that the transactions are generally faster, cheaper, and easier. But the ability to conduct peer-to-peer transactions sometimes relies on that anonymity for illicit purposes.

Crypto is also extremely volatile. As such, it is not yet stable enough to be a unit of account. It can hold value, but the value will fluctuate dramatically. In the course of the 30 minutes I’ve been working on this post, my crypto portfolio might be down 10%, but it will come back up in another couple of hours. The main difference between crypto and Fiat currency is how it's regulated and how one transacts with it.

Like Fiat currency, cryptos can be listed on an exchange like Coinbase and be bought and sold and exchanged in a similar way to how stocks are bought and sold on the stock exchange. Currently, there are some 4,800 cryptos on CoinMarketCap, and my prediction is that number will keep going up for a while. But you can also issue crypto without listing it on an exchange. Technically it is still a token, but you can’t sell it. This means that it doesn’t have transferable value, only intrinsic value. If you’re getting into crypto, you need to be aware of what you’re really getting. More on that later.

The first thing that might surprise you about Permission.io and like-minded crypto-based companies is that we welcome government regulation. Right now, it’s the Wild Wild West out here. There’s just not a lot of predictability, which is tough on businesses.

We are seeing major companies like JP Morgan, Visa, PayPal, Tesla, and others with Bitcoin and other cryptos on their balance sheets. But it’s also not clear how a company like Tesla is going to report Bitcoin on their taxes due to the lack of regulation. (Tesla no longer accepts Bitcoin for purchases, other car dealers are still accepting the cryptocurrency. In the U.S., in particular, there’s a real patchwork of regulations that can make it hard for companies to comply or even conduct an ordinary business.

The global crypto market’s been estimated at $1.99 trillion according to my latest check of CoinMarketCap. China has already created the cyber yuan. The U.K. has formed a task force to explore the creation of ‘Britcoin.’ In Latin America, legacy banks are also noting the need for regulation. In the U.S., the Biden administration put former investment banker and crypto professor Gary Gensler in charge of the Securities Exchange Commission (SEC). Gensler’s strong opinions on crypto will likely drive clarity through regulation. In the United States, I’m expecting regulation later in 2021 or in 2022.

Want to Get into Crypto? It’s Not for the Risk-Averse

Think of someone with high-net-worth. If that person has crypto in their portfolio, it’s probably their highest-risk asset unless they’re doing early-stage startup investing. With crypto, only risk something you’re ready to lose. This is not the place to risk your retirement savings. Crypto is extremely unpredictable and volatile.

But if you’re still crypto-curious, here are some critical pointers:

How Secure Is Crypto Really?

Bitcoin itself is incredibly beautiful in terms of how secure it is. Every line of code is wide open, which means that some of the smartest minds in the world have spent years trying to break in and haven’t succeeded yet.

But in the news, you’ve probably seen stories about “the Bitcoin Hack.” Bitcoin didn’t actually get hacked. Companies in the Bitcoin ecosystem got hacked. The cryptocurrency hardware wallet Ledger exposed data through a vulnerability in their site that exposed their e-commerce and marketing database. So the bad actors got people’s emails, phone numbers, and the last time they visited the site, which made it easy for phishing attacks.

When you think of everyone using the internet, much of our data is already out there. If bad actors know someone has a crypto wallet, it can make them a focused target of phishing attacks designed to convince folks to give up their private keys.

So while you have a core system — Bitcoin — that is very secure, you still need to secure all the third-party systems that hold information about that data. Securing crypto needs to be like the American banking system — you need to create a strong ecosystem and remain vigilant. It wasn’t that long ago that Americans were dealing with card skimmers when they used their debit cards at the gas station. Banks had to respond by adding chips to cards. Any industry with sensitive data is going to need to remain vigilant.

Like a bank, Permission.io needs to know the true human identity of every single user in our system. We need to be able to transport that identity from system to system and to third-party systems and know that they haven’t been broken into.

In the traditional banking financial system, you have to go into a branch and show somebody your driver's license and very clearly prove your identity. It's a lot harder to do that in the digital space, but identity management alongside other security measures is completely critical to the infrastructure of the entire cryptocurrency system.

The Future of Crypto and Blockchain

Three years ago, blockchain was still an experiment for a lot of industries. That’s changed. A supply chain is probably the biggest adopter of blockchain after crypto. We see Walmart and other companies turn to blockchain to solve challenges. Blockchain’s also in use in the insurance industry, fintech, energy, and medical records. Because blockchain offers an immutable record, I expect we’ll see even greater adoption as the ecosystem of third-party support around blockchain uses continues to expand.

Crypto, like blockchain, is maturing. Recently, Elon Musk sold off 10% of Tesla’s Bitcoin investment. On Twitter, Musk said he did it “to prove liquidity of Bitcoin as an alternative to holding cash on the balance sheet.” These actions will likely speed regulation.

Five years from now, I believe we’ll have clear regulation.

In 10 years, I think the average person will start thinking about value in terms of bitcoin. Bitcoin itself will be a unit of account in a store of value.

There are three things that a currency needs to be mature and stable. It needs to be transferable, it needs to be a unit of account, and it needs to be a stable store of value. There’s still a lot of volatility right now, but as crypto matures, I think this is where we’re headed. Crypto will become a bigger part of businesses and governments, and life for average people.

The not-so-hidden bit is that I’m just not so sure that governments are going to be in charge of money for that much longer. The decentralization of economic and financial systems is scary for them. But if governments lean into it, they can make it work. If they fight it, then I believe that it's going to be even more problematic for them for the simple reason that you can’t control a banned currency. Instead, if governments choose to regulate and tax crypto, then the entire system becomes a more stable opportunity for everyone. 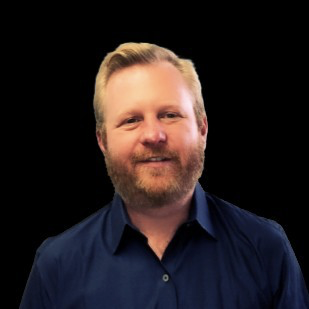 Hunter Jensen is CTO of Permission.io. Having launched his first website in 1998 and his first iOS app in 2008, Hunter has been at the forefront of the software design and development industry for over 20 years. He is a distinguished speaker, author, entrepreneur, and thought leader in the digital world, well-known for leading teams to release best-in-class web & mobile products, including for Samsung, Cisco, Salesforce, Avalara, and many more. Hunter joined Permission as CTO in early 2020 and helped guide the company to a successful launch of multiple digital products.
View Profile

Hunter Jensen is CTO of Permission.io. Having launched his first website in 1998 and his first iOS app in 2008, Hunter has been at the forefront of the software design and development industry for over 20 years. He is a distinguished speaker, author, entrepreneur, and thought leader in the digital world, well-known for leading teams to release best-in-class web & mobile products, including for Samsung, Cisco, Salesforce, Avalara, and many more. Hunter joined Permission as CTO in early 2020 and helped guide the company to a successful launch of multiple digital products.
View Profile