Most health systems know that seamless omnichannel customer engagement (a “digital front door”) is essential in order to deliver the personalized, value-based healthcare today’s consumers expect. In practice, however, implementing this digital front door strategy is challenging for most healthcare systems, due to the fragmented nature of healthcare information.

The Substitutable Medical Applications and Reusable Technologies (SMART) platform promises to solve these data fragmentation challenges by standardizing how patient data is accessed and shared. And given SMART’s inclusion in the 21st Century Cures Act, the platform will become the standard protocol for accessing electronic health records (EHRs) in the near future.

Below, we explain what SMART means for the healthcare ecosystem and how it will improve both health data interoperability and the value of healthcare technology as a whole.

What is SMART on FHIR?

SMART is an open-source, standards-based API that leverages the OAuth 2.0 standard to provide secure, universal access to EHRs. The SMART platform builds on the existing Fast Health Interoperability Resources (hence the name "SMART on FHIR").

Together, these two standards contain everything developers need to build applications that will work anywhere within the healthcare ecosystem:

The original idea behind SMART was first introduced in an article in the New England Journal of Medicine back in 2009. With the help of federal funding in 2010, SMART developed into the platform it is today, which is currently used by both Microsoft Azure and Apple.

SMART improves healthcare interoperability in the same way standard electrical sockets and plugs simplify the process of powering different devices in your home.

Today, most EHR databases use a proprietary API (their own unique plug and socket configuration). As a result, tech companies have to build a custom connection to each database in order to access medical data. Not only is this costly, but it also hinders the ability of healthcare providers and patients to access their data with the technology that works best for them.

SMART, on the other hand, provides a standard, universal API for accessing EHRs. Any technology built with SMART works with any EHR database that uses SMART as well. As a result, healthcare technology becomes interchangeable, allowing health systems and patients to access medical data on the applications that best suit their needs, rather than only the ones that work with the EHR database they use.

How Improved Interoperability Improves The Value of Healthcare Technology

For example, SMART decouples the protocols for accessing EHRs from a piece of software itself. So it allows healthcare technology companies to improve their products and services without worrying about how it will impact the way patients and providers access their data. The result is faster development of healthcare applications, which improves the quality of the entire marketplace (and care for consumers) as a whole.

SMART also simplifies app development for tech companies. Developers no longer need to build custom connections to each EHR database — they can develop their apps once using SMART, and those apps will work with any EHR databases built with SMART. As a result, their apps become more useful to a broader audience of health organizations and consumers.

What SMART's Inclusion in the 21st Century Cures Act Means

The 21st Century Cures Act (passed in 2016) called for the adoption of a universal API that would "allow individuals to securely and easily access structured electronic health information using smartphone applications." The Office of the National Coordinator for Health Information Technology’s (ONC’s) Final Rule on Interoperability (published in 2020) later named SMART as that universal API.

The Centers For Medicare and Medicaid Services (CMS) also includes policies in their regulations “which require or encourage payers to implement Application Programming Interfaces (APIs) to improve the electronic exchange of health care data.” SMART on FHIR is named as the preferred technical standard for doing so, meaning any health system that accepts Medicare or Medicaid must also adopt SMART.

SMART on FHIR is a Must For Healthcare Providers

Given the benefits, as well as its inclusion in the Cures Act, adopting SMART is practically a necessity for any health system. For this reason, major EHR players like Epic, Cerner, and Allscripts are already using SMART.

However, there are only 58 apps listed on SMART's App Gallery as of the writing of this article, meaning few companies have incorporated the standard into their tech at this time. As a result, SMART adoption could be a sales advantage for some tech companies. 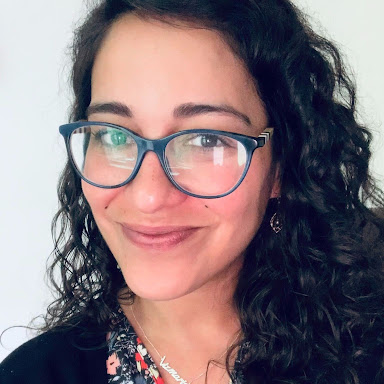 At Auth0 I'm responsible for clearly and concisely communicating the value of our CIAM platform. What a great role to be in as digital technologies and applications increasingly become ingrained in our everyday lives. I also oversee the Healthcare vertical, which I'm super passionate about, as digital advances are already recreating the way we receive care.
View Profile

At Auth0 I'm responsible for clearly and concisely communicating the value of our CIAM platform. What a great role to be in as digital technologies and applications increasingly become ingrained in our everyday lives. I also oversee the Healthcare vertical, which I'm super passionate about, as digital advances are already recreating the way we receive care.
View Profile