We have likely read about some of the benefits of the Ivy compiler and runtime. It's faster. It makes smaller bundle sizes. And it has many other great new features that are introduced in Angular 9. Yet one of the most compelling and useful features is one we don't hear as often.

What if Angular could find bugs in our existing code? Hidden bugs that we may not notice. Subtle bugs that could cause problems? Angular 9 and the Ivy compiler do just that.

The new feature is known as strict template checking. Angular has been checking expressions and bindings within the templates of our applications for years. But with Angular 9, it finds and reports more errors than ever. It is pretty cool that we could have bugs in our templates right now, and this new feature reports them to us so we can fix them.

Seeing is believing, so let's see some examples. We'll kick things off using Angular 8, and we'll progress to Angular 9. We'll also adjust some compilation settings. These differences help us see where Angular 9 can detect additional errors that Angular 8 could not.

"With Angular 9's new feature, strict template checking, we can find and report more errors than ever!"

Let's start with an example that we can all relate to, using Angular 8.

We use a lot of *ngFor directives in our templates to iterate over arrays of objects. We reference an array and display the details of each object in the array in a template. The following component displays a list of heroes in the template.

We're going to explore the fullTemplateTypeCheck setting in our tsconfig.json file, which, by default for our Angular 8 app, is set to true.

When we build this application with Angular 8 using ng build it compiles successfully. It even serves the application in the browser when we run ng serve --open.

Now we can build the app with Angular 8 using AOT by running the command ng build --prod. Now we see Angular is reporting an error that the title does not exist in our component. When both AOT and the fullTemplateTypeCheck setting set to true, Angular can detect when we refer to a model that is missing from our component.

This error message is clear, but what is that filename app.component.ts.AppComponent.html? We can guess, correctly, that it means the app.component.ts file. But it would be nice if the filename was clear. We could fix this error now, but let's see what happens when we compile with Angular 9.

When we build this application with Angular 9 using ng build, we immediately see an error for the missing title model. Also, the error is a little easier to read, as the Ivy compiler reports the file where the bug occurs.

Let's fix our error by adding a title model to our component. We'll add the following code inside of the AppComponent:

Now we can build successfully with ng build with Angular 9. So to recap what just happened, we upgraded to Angular 9 and disabled strict template checks, and the Ivy compiler tells us errors that were missed in a standard ng build in Angular 8.

Now let's ramp up the stakes a bit and see if we can get Angular 9 to show us any more hidden errors.

Now when we build and serve the application with ng build we are presented with a series of errors, as shown in the following image:

If we tackle these one-by-one, we can see that the first error is complaining that something is wrong with the *ngFor statement. The real hint is how it references TrackByFunction<Hero>. Our function trackByHero only accepts a hero parameter. However, the implementation of a TrackByFunction<T> states that it should accept an index and a type T. This is why it is saying that hero and index are incompatible because we did not pass the index.

We can fix this error by refactoring our function to look like the following code:

When we run ng build after refactoring the trackByHero function, we see fewer error messages.

This last error reports that the property Id does not exist on the hero model. After closer examination in our component's code, we can see this is indeed an error. The code should be binding to hero.id. This minor typo was not detected in Angular 8 and can only be detected in Angular 9 with strict templates!

Now when we refactor the template to bind to hero.id and run ng build once again, we have success!

Angular 9's Ivy compiler and the strict template check found these errors that Angular 8 could not detect.

We explored a few different scenarios, so let's break this down a bit:

"Angular 9's Ivy compiler and the strict template check finds errors that Angular 8 could not detect."

Should We Use Strict Templates Now?

If we upgrade from Angular 8 to Angular 9 using this excellent upgrade guide, the strictTemplates setting isn't applied to our app. Wait, if this helps our app detect bugs, why wouldn't we want it? Imagine how we might react if our app, which seems to work fine right now, produced compilation errors after an upgrade?

By making this a manual change that we must opt into for Angular 9, we control the experience, and we control when we decide to ask Angular to look for template bugs that may exist.

Note: The Angular team intends to set strictTemplates to true in the next version, Angular 10.

If we want to get to a point where we have strict templates slowly, there is a way we can do this more gradually. There are several additional checks that Angular 9's Ivy compiler can check for us. We can use this guide in the Angular docs to gradually get to strictTemplates by turning on individual strict flags and fix newly revealed errors until none are remaining.

Whatever is decided, it is nice that Angular 9 and its Ivy compiler detect more errors than ever before, and we can gradually fix them at our own pace without disrupting our workflow.

If you want to learn more about these features, check out these great resources: 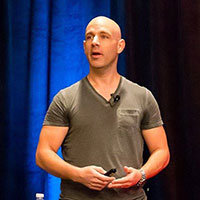 John Papa is a dedicated father and husband, a professional Web Developer, and avid OSS and community advocate. He currently is a Developer Advocate for Microsoft and has formerly worked for Disney on several web and mobile applications that you may have used. His passions are coding and teaching modern web technologies and enjoying everything Disney with his family. John is a co-host of the Real Talk JavaScript podcast, author of the Angular Style Guide, and many popular Pluralsight courses. You can reach John on Twitter at @john_papa.
View Profile

John Papa is a dedicated father and husband, a professional Web Developer, and avid OSS and community advocate. He currently is a Developer Advocate for Microsoft and has formerly worked for Disney on several web and mobile applications that you may have used. His passions are coding and teaching modern web technologies and enjoying everything Disney with his family. John is a co-host of the Real Talk JavaScript podcast, author of the Angular Style Guide, and many popular Pluralsight courses. You can reach John on Twitter at @john_papa.
View Profile