Two weeks ago, I suited-up in a tuxedo and Ubered my way to the Ernst & Young Entrepreneur of the Year® Awards at the Westin Seattle. On a day where my biggest achievement may well have been putting my own bow tie on, I was soon to be humbled by the achievements of the entrepreneurs being recognized at the gala. "Humble" is a word I closely associate with entrepreneurs — at least those who "break the mold" (which was the very tagline the folks at EY were attaching to this event). Case in point: Eugenio Pace, Auth0 Co-founder and CEO, and the reason I found myself in a monkey suit dabbling in libations and hors-d'oeuvres along with a number of colleagues as we posed for photos and obligatory (yet completely unnecessary) selfies outside the Grand Ballroom. Eugenio, who I've worked closely with for over three years, was accompanied by his wife Maggie, and both seemed calm and relaxed — joining in our jovial conversations, saying hello to connections, smiling … always with the smiling these two … certainly not hung up on what others might perceive as the enormity of the situation. After all, some guy named Jeffrey P. Bezos won this award once. Our group of ten was seated at lucky Table #30 in the ballroom enjoying our starters as the lights dimmed and formalities proceeded. We were reminded of the history of the event, some of the inspirational stories and the efforts and passions of many of the people behind it. It was clear we were expected to be rowdy and make some noise as on the tables were LED-lit half moon tambourines, whistles, and little hand drum things you spin across your palms. We utilized them effectively. Some videos introducing the finalists were played, including an amusing "what would you rather" video. Would you rather be in the Hunger Games or Jurassic Park? Eugenio chose Jurassic Park, "because I like running, and I think there would be a lot of running in that." (For the record, I'd choose the Hunger Games because, well, Jennifer Lawrence.)

"What do @eugenio_pace, @JeffBezos, and Jennifer Lawrence have in common? Just this blog post, probably..."

As mains wrapped up the awards began. The format was to announce the finalists in a specific category (there were eight or nine categories in all) after which the golden envelope was opened on stage to reveal the winner. If you've ever watched the Academy Awards then you get the visual. There were a couple of categories and deserving winners before we arrived at the category that Table #30 was most invested in: B2B Software & Services. Eugenio and Auth0 were among some great Pacific Northwest nominees, including Manny Medina of Outreach.io and Todd Schwartz and Evan Richman, the co-founders of SkyKick. "Ladies and Gentleman, the award goes to..." a pause for dramatic effect — I took the opportunity to arm myself with a flashing tambourine and hand drum twizzle stick thing — "the winner is Eugenio Pace." Table #30 goes wild! There are kisses, back slaps and handshakes at our table before Eugenio makes his way to stage. Now, let me circle back to my earlier comment about being humble. In my interactions with entrepreneurs over the years, I've found them to be less in awe of what they've achieved but instead in greater awe of the people they've surrounded themselves with and what is still ahead to be achieved. From my relationship with him, this certainly rings true for Eugenio. And what he says on stage will probably have you convinced too.

On stage, Eugenio accepts his award: "Standing here, it's very tempting to think I am here on my own merits," he starts, "but I believe that self-made men are a myth. We are the product of the contribution and love of so many people in our lives and I've been very fortunate to have so many great people across my life." He specifically called out his grandparents, parents, sister, brother-in-law, teachers, wife, colleagues, and his team. He ended with "I'd like to think this award is yours as much as it is mine." Cue applause and mad waving of the sparkly tambourines.

The theme of humbleness and humility was largely present throughout the evening. Universal Cells CEO Claudia Mitchell, winner of the Life Sciences category, told the story of how she was supported by many people over her 20-year business journey, not least by her mother who originally lent her the money to found the company, but who tragically passed away just months before Mitchell's company was acquired for $100 million. CEO of Alaffia, Olowo-n’djo Tchala, another category winner, committed to taking his award to his mother’s grave in his home country of Toga in recognition of the contribution she'd had in his life and that of his seven siblings. Other award winners expressed similar sentiments.

"Eight Auziros, our CEO, and his wife went to the @EY_EOY Awards. This is what happened."

Later that evening, when most of our crew had left, I was standing with Eugenio, Maggie his wife, and Jenna Isherwood, an awesome Auth0 colleague. His large shiny trophy was nestled on a window ledge next to us because it was too heavy to hold. We were enjoying another drink and laughing at each others' stories...ones we've probably all told before. Eugenio was tapped on the shoulder by a man he didn't know who congratulated him, wanting to know more about his thoughts on the security space. Of course, even in his celebration, he happily gave the man his time and attention. Buoyed as ever about the future. Humble as always. 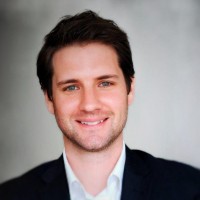 I'm passionate about startup culture, leadership and employee engagement, coming from the experience of having left big corporate, packed up with my wife and kids and moved from Australia to the US to pursue startup life.
View Profile

I'm passionate about startup culture, leadership and employee engagement, coming from the experience of having left big corporate, packed up with my wife and kids and moved from Australia to the US to pursue startup life.
View Profile