I’ve worn my politics on my sleeve at work for the last few years. I’ve made countless snide comments about the Trump administration around the water cooler, sent hysterical (to me) Mitch McConnell memes to team members, and proudly worn my Fuck the NRA t-shirt to work at least a half dozen times. But as our little-engine-that-could company grew to nine-figure revenue, and my own team grew to 400+ folks, I made a conscious effort to dial it back. One recent area where I needed to speak with a more neutral, empathetic voice was around deciding with whom the company chooses to do business.

We live in a world where consumers increasingly make their voices heard and spend their money with brands that share their values. Over the last few years, we’ve also seen corporations — particularly in tech — begin taking stands on social issues. One early example was Marc Benioff of Salesforce speaking out strongly against the state of Indiana after it passed its so-called “religious freedom” law and North Carolina following the passage of its “bathroom law.” Since that time, we’ve seen stands taken by tech companies against the likes of ICE, the NRA, far-right “news” outlets, and others.

Most recently, this issue was thrown back into the global spotlight following the decision of Amazon and other tech companies to deny Parler’s use of their platforms.

The brands that their companies affiliate with and serve has also increased in importance to employees. A rash of studies over the past few years have illustrated that pride in the work done by their company is a critical macro factor in employee satisfaction and attrition. Put simply: an increasing percentage of employees will quit if they have values-based objections to who consumes their companies’ IP. Those values and beliefs, however, are seldom homogenous across an employee base.

How does a company walk the line between running a for-profit endeavor and turning away business that some portion of its employee base may find objectionable? In other words, how as a leader can you drive your company to take a stand when there may not necessarily be a unanimous view around what that stand should be?

Some scenarios are obvious. If the Aryan Nations decided to have a reboot, launched a recruiting website, and attempted to sign up for my company’s authentication service, I think very few employees would be hard-pressed to grouse if we chose to turn that business away.

Similarly, if a dark web organization associated with human trafficking in some way attempted to integrate our technology into a platform to support its endeavors, we would have no compunction about shutting that down.

The problem lies in the nuance. What about a religious organization that — while employing exclusionary practices towards the LGBT community — provides homeless shelters that house and feed hundreds of folks every night?

Or the far-right political party that promotes wild conspiracy theories that — while wholly unsupported and having no basis in fact — do not promote violence or hate speech or otherwise run afoul of the law?

More than ever, employees are conscious of the social stance that their employers take and insist on having a voice in those corporate positions. How do we balance the views of a widely disparate and heterogeneous workforce in a way that allows everyone to be proud of the organization where they work?

Getting Started: Calling out the Issue

We set out to take a whack at this problem last summer. In the absence of a playbook or illustrative examples, we started at the beginning: bluntly, transparently explaining the issue and noting the challenges to our employees.

We noted our license terms, which preclude using our technology for a variety of nefarious and/or illegal aims. And then importantly, perhaps most importantly, we highlighted our support of each employee’s right to their own personal views on political and social issues, provided those views do not impact our ability to honor and uphold our corporate values. We noted that one of our challenges as a business is to stay true to our core values while also accepting that our company is composed of folks that have different views and opinions about a myriad of political and other issues.

The next step in that process was soliciting feedback from our employees — asking those that were so inclined to fill out an anonymous survey about how they felt we should handle this difficult problem.

Given how vocal and socially active many in tech are, we were not surprised to receive feedback from well over 20% of our employees. What we were surprised by, however, was the quality of and perspective displayed in the answers. Here’s a sampling:

Here’s where we ultimately landed:

1: The most important thing is to have a dialogue. So many of our team members simply appreciated the fact that we took the time to dig in and talk through the issue. Beyond that, though, most employees understood the importance of recognizing differing views and that the vitriol with which they may view a certain company may not be shared by all. We were pleased with the balance and perspective we got back from the team here.

2: Next, cleanly document the easy stuff. We made it explicit that we would turn away business with entities that clearly violated local law or the acceptable use policy in our license agreement. Though most folks would assume this will be the case, the reinforcement and clarity were positive.

3: Then take a whack at the hard stuff — the decisions where different viewpoints and different opinions could lead to different results. We started with corporations or entities with policies or actions that have the impact of discriminating in hiring, promoting, or which adhere on the basis of race, gender, sexual orientation, gender identity, and veteran status. We laid out a policy whereby an employee could raise an objection to such an entity, and that objection would be reviewed by an internal committee. In making a determination as to whether to work with or continue working with such a company, we would evaluate a number of factors, including:

Again, feedback from employees here was overwhelmingly positive. In particular, folks valued a predetermined set of criteria, as imperfect as it might be, as well as the notion of a committee to make decisions versus a unilateral executive decision. The transparency of this process, however, was the characteristic that resonated most with the team.

4: Give employees a clear process to raise issues. We clearly outlined the manner in which employees could raise objections to certain entities, and how that objection will be reviewed by the designated team, and a timeline for adjudication. We posted the process on the company Wiki page.

Candidly, we felt the policy was a bit underwhelming. It’s short on details, long on vagaries and generalities. But we found it’s sufficient for its purpose — to include our employees in these decisions and foster a sense of inclusion and transparency. The simple fact that we were interested in the issue, and committed to an intentional process, helped our team members feel heard. Soliciting their feedback and providing an escalation path ensures that any strong viewpoints will have an avenue to be raised and considered.

We know this is just the start and that there will be difficult questions in the future, but we believe that this groundwork can help any organization tackle those questions as a team. 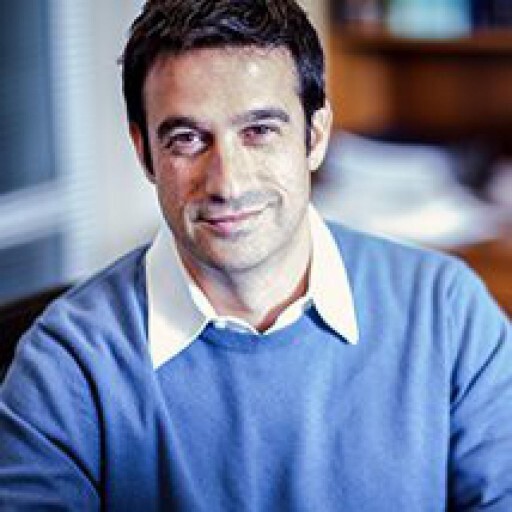