Code review is a process that enables peers and automated tools to check proposed changes to a codebase. The main goal of a code review is to catch potential issues, security problems, and bugs before they are introduced to the codebase and prevent them from causing problems in production.

Code review can be fun. You try to hunt down well-disguised bugs before they hurt your production. You feel like a superhero defending your town every time you find a bug.

I am one of the engineers on the IAM-Authorization team at Auth0. We are responsible for the authorization decision of the authentication flow. In such a mission-critical team, one of the things that we do to ensure quality is the code review.

To follow along with this blog post, it will help to be familiar with the code review process, CI systems, and the concept of a pull request. After reading this blog post, you will better understand what to automate as a part of the code review process, what things to pay attention while reviewing code, and what communication methods are suggested between team members during the process.

Benefits of Having a Code Review Process in Place

Having a code review process in place has benefits for both the product itself and the development team.

The product will suffer from fewer bugs as they will be hunted down in the code review. Product quality will increase and this will have a direct positive impact on the customer experience. Code reviews will encourage the team to follow engineering best practices. This will lead to a more understandable and well-organized codebase resulting in increased maintainability of the product.

As the team participates in the code review process, they will become more aware of changes that are introduced. This enables the development team to learn other parts of the project. Eventually, more than one person will be aware of the changes and the siloing will be reduced.

Different Aspects of a Code Review

While all code reviews are different, there remain two main aspects for every code review: syntactic and semantic.

In the syntactic review, the code is checked for the visuals and complexity.

In the visuals part, code is checked against project-wide code style guidelines, such as using tabs or spaces, adding commas to the end of the lines, always wrapping if statements with braces, etc. Having code that follows the same style guidelines throughout the project helps engineers skim through the code faster and reduces the mistakes caused by overlooking a statement because it is expressed in an unusual way.

In the semantic review, the code is checked for what it does and what it means. The implemented logic is reviewed to see if it is doing what it is supposed to do. The code architecture, fit to the overall architecture, performance of the code, and the actual code flow are also reviewed.

Automate What You Can

Humans are the most intelligent actors in the code review process. However, they have short attention spans and their time is valuable. Spending valuable human time on deterministic tasks is not optimal.

Humans tend to make mistakes in repetitive tasks, such as code style checks by skipping a few rules here and there. These kind of deterministic tasks are rather boring than challenging. Dedicating someone from the team to do this kind of tasks will cause loss of valuable engineering time, and still, there will be errors.

Automation helps engineering teams to focus on what they need to. However, automation has its limitations. Regardless of how advanced a tool may be, it can't replace human intelligence. At least, not yet.

Automate what you can. Humans should be involved in the code review process as late as possible.

"Automate what you can in the code review process. Humans should be involved as late as possible and only when needed."

How to Conduct a Code Review as a Human

Before involving a human in the code review process, each of the following checklist items should be completed:

Failing one of those would mean a problem has been detected. Without covering those it would be a waste of time to involve a human.

Once those are covered, now it’s time to introduce the humans to the review. We need human intelligence and reasoning skills to understand the impact of the introduced change. The human checks that the changes to the code do what they are supposed to do and that the rest of the system continues working as expected.

To achieve this goal, there are a couple of best practices that the team members can follow.

Over the years I've noticed some common pitfalls. I recommend completing the following checklist to catch those.

Lack of code coverage guarantees that tests are missing. Covering changes does not necessarily mean that it is tested.

Unit tests are quite useful to catch bugs and provide confidence while refactoring. However, to test some components together, the whole system as one and even multiple systems together is also needed. As the exact needs and setup will depend on the project, I'll mention about this kind of tests as "functional tests" in general.

To measure a smooth operation, the visibility to the well-being of the system as important. To achieve this, some checks can be done as a part of the code review process.

To prevent unexpected performance hits, the code can be checked for signs of potential performance issues.

There are some basic things that you can check to ensure baseline security such as not exposing extra data, handling sessions properly, handling the input to prevent SQL injection. By no means, is this a full list of security-related tasks. You should always ask a security expert for help.

If you want to educate yourself about security, The Open Web Application Security Project (OWASP) has a lot of good resources. My favorite is the Cheat Sheet Series.

Who Should Review the Code

Code reviewing is a social learning event and it is a way of team communication. The team will understand both the product and the technical aspects of the project better by sharing knowledge. The team will also learn from each other's mistakes and they will get technically better.

For the optimal benefit, the same person shouldn't review PRs every time. Code reviewing opportunity should be shared across the team. Code reviewing should not create disruption for others but also shouldn't block the PR owner. An ideal solution would be for each team member to check for pending code reviews after taking a break, before (re)starting their own tasks.

For critical changes, more than one reviewer might be preferred.

Domain experts are people that know the business and technical knowledge about some part of a system extensively. In code reviews, in case of doubts or unknowns on the changes, a domain expert can be invited to conduct the code review or to get a second opinion.

"Within a development team, who should review the code? Learn about the factors that help you determine that."

Code review is an important step in software development. It helps to share knowledge within the team, "proofreading" the changes and catching potential issues before they get introduced. Use code review as a learning and information sharing tool.

Code review can be a daunting task. You should automate what you can. This will help to save valuable human time and engineer wear caused by the boredom of doing repetitive and uncreative work.

You can use a checklist-like structured method to make code reviewing easier and the code review quality more consistent across the team.

Communication is extremely important in a code review. Defining ground rules, communication methods and a process can make it easier for everyone to contribute to this valuable process.

I recommend you take a step back and think about code review. Define your and your team's habits in writing, use this post as a starting point and define your code review process! 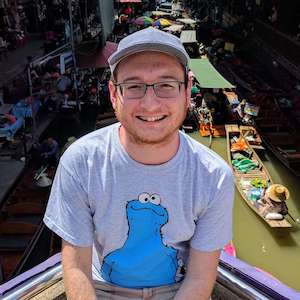 MSc. in Computer Science, working as a Software Engineer since 2011. My passion is building high quality products that solve real life problems. I like traveling. One day I'll visit all countries in the world.
View Profile

MSc. in Computer Science, working as a Software Engineer since 2011. My passion is building high quality products that solve real life problems. I like traveling. One day I'll visit all countries in the world.
View Profile