Far too many incidents, including the recent murder of George Floyd, the tragedies of Ahmaud Arbery, Christian Cooper, Breonna Taylor, and many other injustices, continue to spotlight the deeply rooted racism, prejudice, and discrimination in our country. Watching in despair over what’s happening in this country – the country I have called home for the past 16 years – I simply can’t stay silent any longer. We cannot and should not stay silent.

These human beings, these tragedies, not only represent lives lost, but lives lost unnecessarily and without any justifiable cause. We could be angry, but just being angry is useless. We must come together and fight for justice and equality because it is the right thing to do.

We don’t need anyone to tell us that racism is wrong. No one is born a racist. We slowly become that way, whether it is intentional or not. But the harsh reality is that it exists. These horrible killings and racist actions serve as a sobering reminder of what millions live through every day in America and around the globe. It also calls to light the privilege that many of us experience each and every day. I reflect on my own privilege with these simple things that can easily be taken for granted:

I grew up in Argentina in the ’70s and ’80s, during one of the worst military dictatorships in the country’s history. And while I was also privileged then, fear was widespread in everything we did, however mundane. There was always a chance of being caught in the middle of violence, even if you were simply getting groceries or going to school. This occurred throughout my elementary school years. As a parent now, I can only imagine the anguish and fear my mother, father, and grandmother must have felt each time I left the house. But the fear of my childhood was real and founded. More than 30,000 people are estimated to have been murdered during those years, most of them were arrested and simply disappeared without a trace.

I vividly remember two phrases that were repeated during those years, known later as the “Dirty War”: algo habran hecho (“they probably did something”) and no te metas (“mind your own business”). The first phrase referred to the assumption that those arrested (killed and disappeared) were guilty of something, and therefore deserving of what happened to them. And the second was a call to keep your head down. An effective intimidation method.

Those phrases come to mind yet again when I see the horror of recent events. Civilized societies have written agreements on the consequences of committing crimes. One of which is that everyone, even a criminal, is equal in front of the law and deserves a fair process. Second, is that silence, not “speaking up”, makes us all guilty by omission. Silence makes you an accomplice.

It is time we speak up.

We Can’t Accept This Reality

What is happening in this country is sad, unfair, below us, and crazy. It is just plain WRONG. We know it is wrong.

It is unacceptable that a large percentage of our communities live in fear just because they are Black.

And, while the United States is a great country in many respects – and I am grateful and proud to be a citizen here – I find it disgraceful that the poison of racism still exists and is rampant.

It is shameful to see the rest of the world looking at us, and wondering how a country that claims to stand up for democracy, the rule of law, and “out of many, one” could tolerate this. A country that on one hand provides so many incredible growth opportunities to people (like me), and on the other, oppresses and discriminates against large groups of others. It is shameful that in the age we live, the U.S. cannot shake this cruelty.

What makes it worse is that this cruelty is embedded in “good people,” like the woman walking her dog in NY threatening a Black man with ”I’ll call the police.”

It is made exponentially worse when some of the authorities to whom we delegate the power to protect us, are racist, bigots, equally cruel, and unfortunately taint and cast mistrust towards all the members of the organizations they belong to.

Any “good” law enforcement officer who doesn’t speak up against racism and bigotry and hate is complicit of the actions of “bad” ones. Their intentions might be good, their vocation for service might be genuine, but they will be guilty in the eyes of everyone else.

Law enforcement needs to be held to very high standards because we delegate to them an enormous amount of power to do harm. We empower them to terminate people’s lives. We give them that power with the assumption they will unleash that violence only when absolutely needed. Not freely at the whim of their emotions.

Ahmaud Arbery. Breonna Taylor. George Floyd. (And hundreds more). They were someone's child, parent, sibling, friend, co-worker… "they" are "us." Those of us with whatever privilege and power we have must make real change, and starting with our voices, stand up for those who don’t have a voice anymore to say, loud and clear:

I will use my voice and take action as a citizen to help in any way I can. And so will Auth0. Through Auth0 Gives, our philanthropic program, we pledge to commit time, money, and resources to reinforce our voices and play an active and ongoing role in seeing change happen. What will you do?

Here are some recommendations I’ve found in my research: 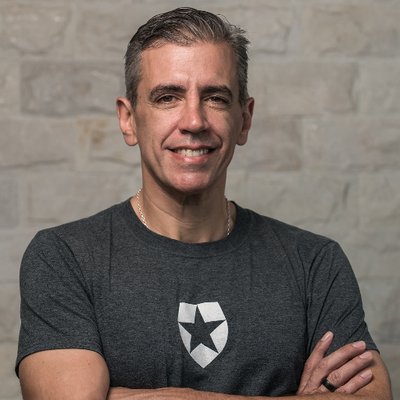 Pace co-founded Auth0 in early 2013 with CTO and “brother-in-arms” Matias Woloski while living 7,000 miles apart from each other. Since then, Pace has played an instrumental role in growing Auth0 into a leading identity management company that is loved by developers and trusted by global enterprises. He loves traveling and has visited more than 35 countries for business and pleasure. He currently lives in Redmond, Washington with his wife, two sons, and their labrador retriever. In his spare time, he enjoys the outdoors, rowing, riding bikes, spending time with his family, restoring his 1970 Karmann Ghia, writing his blog, and reading history and philosophy.
View Profile

Pace co-founded Auth0 in early 2013 with CTO and “brother-in-arms” Matias Woloski while living 7,000 miles apart from each other. Since then, Pace has played an instrumental role in growing Auth0 into a leading identity management company that is loved by developers and trusted by global enterprises. He loves traveling and has visited more than 35 countries for business and pleasure. He currently lives in Redmond, Washington with his wife, two sons, and their labrador retriever. In his spare time, he enjoys the outdoors, rowing, riding bikes, spending time with his family, restoring his 1970 Karmann Ghia, writing his blog, and reading history and philosophy.
View Profile