TL;DR: Nowadays, we use our smartphones to do almost everything, from sending a simple email to making a wire transfer. Those tasks are performed over the internet, which means that you're exposed to possible security attacks.

You need to understand that security risks are always going to exist, and you can never make your software 100% secure. What you can do is mitigate those risks and reduce them as much as possible.

As a mobile developer, you should try to make your application as secure as possible. Imagine that you're building an application for a bank institution. What happens to your client's reputation if a security breach occurs? And what about your client's customers? Imagine someone using a preventable security leak to steal their money.

Let's go over some techniques that you could start applying right now to make your mobile applications a little more secure.

What Should You Pay Attention To?

As a developer, there are four major subjects that you must check when you're developing an iOS application:

I’ll cover each of these below.

Depending on the information you're storing, you'll need to use different mechanisms to increase your application's security level.

If you need to save files in your app's directory, you should use the built-in Data Protection API feature. This feature allows you to specify a level of protection for a file. If the user sets and uses a device passcode, Data Protection will be automatically enabled.

There are four levels of Data Protection available:

You've got two options to set the encryption level for a file:

Option 1: Using the [ method. With this, you can create a file and assign it a protection level all at once:

You can check out the encryption options here.

Option 2: Setting the data protection level for an existing file using the [ method:

Sometimes you need to store some user preferences. For example, the user might want the sign-in screen to remember them. You’ll want to persist this kind of information between application launches.

Through the use of the [ class, Apple gives us an easy way to save and retrieve information as key-value pairs.

The problem is that it’s too easy to use UserDefaults. This ease of use can mean that you might end up using it to store sensitive information — such as API tokens, for instance.

If you need to store sensitive data, use Keychain Services. Unlike UserDefaults, the data stored in the keychain is automatically encrypted.

With the keychain, you don't need to save encryption keys. Every application has its own isolated keychain section that other applications can’t access.

In addition, you can choose from these keychains:

You can also specify security policies for the data stored in the keychain. For example, you could require FaceID to access the data.

The bad news is that the keychain API is not as simple as the UserDefaults API. This is why many developers end up relying on UserDefaults, even when storing sensitive data.

You'll need to use the [ method to add a new item into the keychain, and [ to retrieve items.

When developing an application, the next subject you must look at is how you communicate with the services outside your application. There's no point in securing all the data storage-related stuff if it’s easy to capture the information you send to your back end.

This feature improves the network security between your application and the outside world and has been available since iOS 9. App Transport Security (ATS) blocks insecure connections by default, requiring you to use HTTPS rather than HTTP.

Although it’s highly recommended to leave ATS enabled, you can disable it for specific domains if you want, which allows you to access HTTP domains. You can specify these unsecured domains in the info.plist file.

When making connections to a server over HTTPS, iOS checks the validity of the server’s certificate. For a certificate to be valid, it has to be issued by a valid Certificate Authority (CA).

Certificates do a decent job preventing monkey-in-the-middle attacks, but they’re not a perfect solution. Hackers can still bypass them with self-signed certificates or hacking a root CA certificate.

To prevent this problem, you have a couple of options:

For iOS devices, jailbreaking gives the OS unauthorized privileges and root user access. It allows you to perform actions that wouldn’t otherwise be possible.

Every iOS application that we want to distribute needs to go through the App Store. This allows Apple to inspect and approve apps and reduces the odds that users will install malware.

The App Store is supposed to be the only source for apps. However, jailbreaking allows users to download non-approved apps from alternatives to the App Store, such as Cydia.

How does this impact you as a developer? A jailbroken device can run unauthorized apps to hack into your applications.

You should consider having your app check the device for jailbreaking. You can do so with this code:

Please be aware that this is not a foolproof way to detect jailbreaking on a device. Security is an active field, and new malware is released every day. You need to stay up to date and add to the code above as new vulnerabilities appear.

You can also incorporate techniques to prevent your code from giving away information to malicious parties.

Developers often call the print() function for debugging. The problem is that they can forget to remove these calls, which might contain some information that an attacker could use to breach your security.

A good practice is to use compiler flags so that print() works only in debug mode:

Another part of your application that you should review is the environment information. Many developers overlook this, even though it could contain sensitive information such as your API URL, API keys, and so on.

By default, Apple does a decent job obfuscating your code when compiling to upload it to the App Store. In spite of this, it’s still possible for a hacker to reverse-engineer the environment information.

CryptoKit was presented at WWDC2019 as the new framework to perform cryptographic operations in iOS. It includes the most popular encryption and hashing algorithms. Let's take a look at some of CryptoKit’s features.

A hash function takes an input of any size and returns an output of a fixed size called a digest or hash. Keep these in mind when thinking about hash functions:

Here’s how you can use hash functions to send a message to a friend and confirm it hasn’t been altered by a third party:

CryptoKit features these three hash functions: SHA256, SHA384, and SHA512. Here’s how you use these functions:

You may need to make sure that the person communicating with you is who they claim to be. You can use Message Authentication Code (MAC), which is additional information attached to the message that authenticates the sender and confirms the message's integrity as well.

CryptoKit implements MAC as Hash Message Authentication Code (HMAC), a type of MAC that uses a symmetric key to generate the code.

Here’s an example of CryptoKit’s HMAC in use:

If you need to send sensitive data to the server, you should encrypt it first. CryptoKit provides two encryption options:

Here’s an example of ChaChaPoly in use:

If you have an architecture where you communicate with multiple peers, sharing a private secret might not be a good solution. You will need to generate a new key for each one, and every time you add a peer to the system, you must generate a new key and deploy a new version of your application.

A key agreement using public keys is the best solution for these cases. Each node of the network will have a public key that everyone else will know. And, from that public key, you will generate a symmetric key to cipher your data. Then, the other part will do the same with your public key.

Here’s what the code does (see the comments that divide it into numbered sections):

Now you can use the generated symmetric key to encrypt and decrypt information passed between Peter and Jane.

There may be cases where you'll need to sign the information before you send it so the recipient of the message can be sure that you — and not someone pretending to be you — sent the message.

Mobile security cannot be an afterthought. It’s something that you need to consider throughout the development process, from design to development to QA. Keep in mind that security often involves trade-offs and costs time and resources. The level of work in securing a “to-do list” app will differ from what you’d need to do for a banking application.

It’s important to know the security risks involved in application development, and it’s even more important to know how to mitigate them. iOS provides developers with a rich set of libraries, and the introduction of CryptoKit gives us a solid security foundation with easy-to-use high-level APIs.

There is no such thing as a perfect defense. Given enough time and resources, a determined hacker will be able to penetrate any system. Instead, we employ security techniques to make the hacker’s job as difficult as possible. Your goal is to harden your application so that hacking it isn’t worth their time. 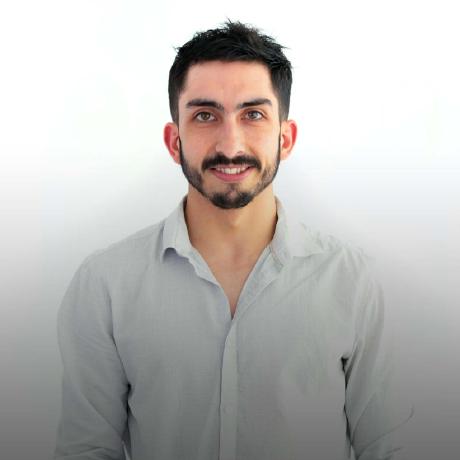 I'm a software engineer with more than seven years of working experience. I worked for four years in a consultant company designing and implementing scalable and flexible systems.

In 2018 I decided to move on into the iOS world. Currently, I'm working as iOS Tech. Lead at Houlak. I have been involved in several projects of different sizes which gives me the possibility to explore the latest technologies related to the iOS ecosystem.

I'm a software engineer with more than seven years of working experience. I worked for four years in a consultant company designing and implementing scalable and flexible systems.

In 2018 I decided to move on into the iOS world. Currently, I'm working as iOS Tech. Lead at Houlak. I have been involved in several projects of different sizes which gives me the possibility to explore the latest technologies related to the iOS ecosystem.