The first RxJS conference was held this year, 2019, in Las Vegas, Nevada. Speakers from all over the world joined together to deliver content on different RxJS concepts. The core RxJS team, including Ben Lesh and Tracy Lee, gave very informative talks. Ben gave us updates on RxJS 7's timeline and Tracy discussed real-world cases for some of the operators.

There were also a handful of talks given by Auth0 peeps: Kapehe Jorgenson, Kim Maida, and Sam Julien. Yes, that list includes me!

I couldn&#39;t be more excited for this first ever #RxJS conference, @rxjslive, this week! It&#39;s really the first time I&#39;ve met some of the amazing folks that are coming in person. Going to be so many great discussions!https://t.co/wrMf0AbTHt

The keynote talk was by Ben Lesh, RxJS core team member. He spoke on the future of RxJS; things we all get to look forward to. For example, RxJS 7's alpha stage will be released in the next couple of weeks!

RxJS is ten years old and a lot has happened for the reactive library in that time. The core team has done so much to get RxJS to where it is today and that also includes the contributions from the community. Ben encouraged that continuation of help from the community. From helping write lint transforms to updating the docs!

Great talk by @BenLesh about the Future of RxJS. And if you&#39;re interested in helping out with the library, see this list of things they need help with. pic.twitter.com/xyZyeuWGRj

The first Auth0 team member to hit the stage was me! My talk was titled, "The Battle of House Promises vs. House Observables" with a fun emphasis on the "Game of Thrones" show. There were four battles that Promises and Observables went through and, in the end, a winner was declared. I went over unicast/multicast, functionality, simplicity, and the ability to cancel its processing of data. Observables came out the winner in the end by beating out Promises in all categories except for simplicity.

I absolutely loved @kapehe_ok&#39;s talk on promises vs observables at @rxjslive! Fun, informative, and entertaining! I may start sending people to this talk when it&#39;s online and this argument comes up. pic.twitter.com/f4OcrOKYBg

What do you get when you put @KimMaida and @samjulien (two professional speakers) in the same talk -> The funniest talk of @rxjslive , but also full of valuable insights! pic.twitter.com/IgTAfj6N6B

Attendees were able to gain a lot of information about RxJS in the two days. 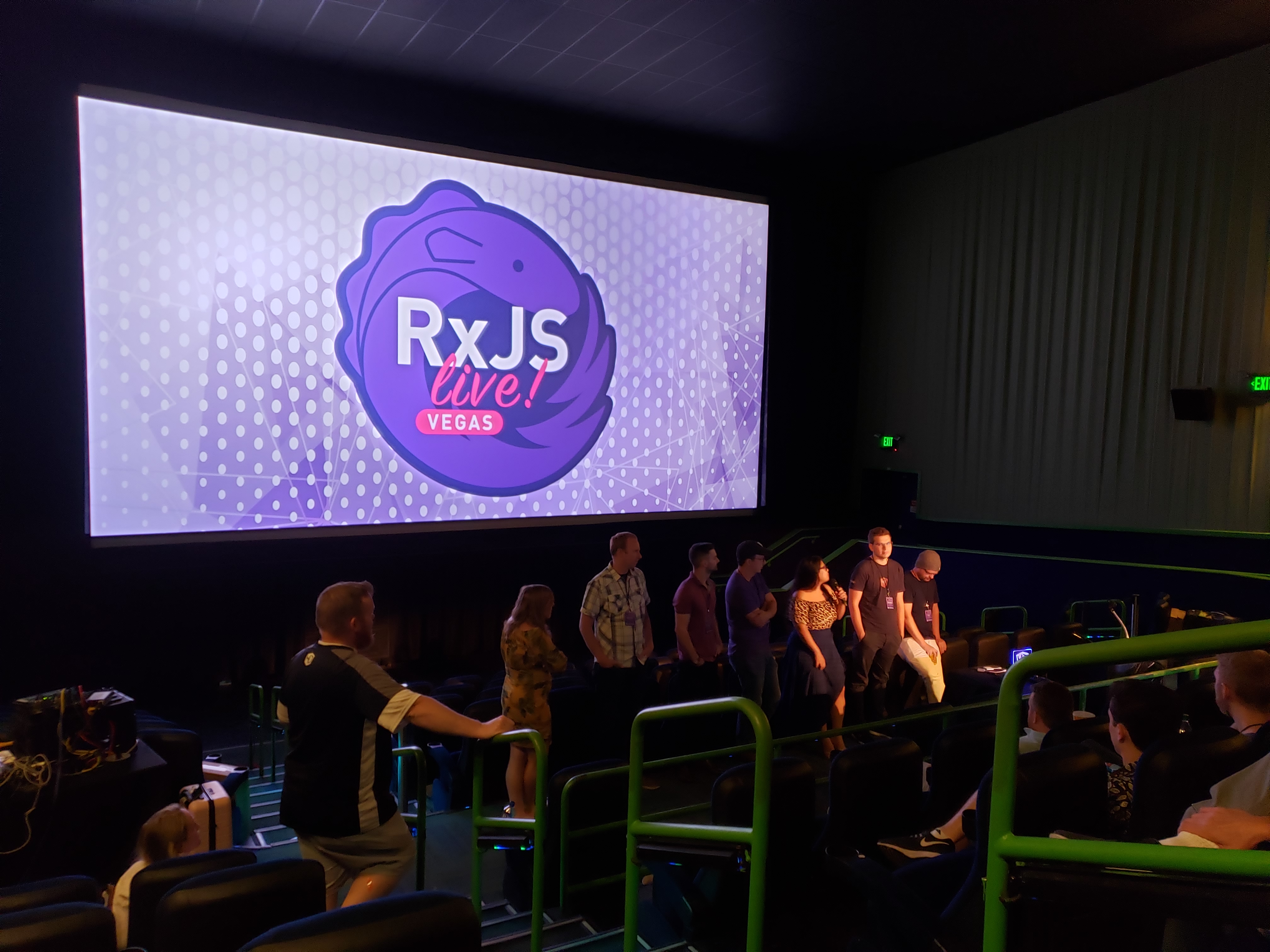 (RxJS Core Team and others at the Q&A Session)

What to know how to implement the RxJS library with Auth0? Here are some great examples of doing that!

All the videos of the talks can be found on the YouTube channel for RxJS Live.