In this tutorial, instead of creating and running a Node app locally, you'll to take advantage of the Debian Linux operating system that official Docker Node images are based on. You'll create a portable Node development environment that solves the "But it runs on my machine" problem that constantly trolls developers since containers are created predictably from the execution of Docker images on any platform.

Throughout this tutorial, you'll be working in two realms:

Removing the Burden of Installing Node

To run a simple "Hello World!" Node app, the typical tutorial asks to: 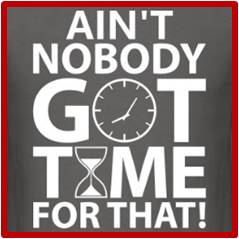 Each operating system has its own quirks making the aforementioned installations non-standard. However, access to the Node ecosystem can be standardized using Docker images. The only installation requirement for this tutorial is Docker. If you need to install Docker, choose your operating system from this Docker installation document and follow the steps provided.

Similar to how NPM works, Docker gives us access to a large registry of Docker images called Docker Hub. From Docker Hub, you can pull and run different versions of Node as images. You can then run these images as local processes that don't overlap or conflict with each other. You can simultaneously create a cross-platform project that depends on Node 8 with NPM and another one that depends on Node 11 with Yarn.

To start, anywhere in your system, create a node-docker folder. This is the project directory.

With the goal of running a Node Express server, under the node-docker project directory, create a server.js file, populate it as follows and save it:

A Node project needs a package.json file and a node_modules folder. Assuming that Node is not installed in your system, you'll use Docker to create those files following a structured workflow.

You can gain access to the container OS with any of the following methods:

Let's breakdown this docker run command to understand how helps you access the container shell:

docker run creates a new container instance. The --rm flag automatically stops and removes the container once the container exits. The combined -i and -t flags run interactive processes such as a shell. The -i flag keeps the STDIN (Standard Input) open while the -t flag lets the process pretend it is a text terminal and pass along signals.

Without the -it team, you won't see anything on the screen.

The --name flag assigns a friendly name to the container to easily identify it in logs and tables. For example when you run docker ps.

The -v flag mounts a local folder into a container folder using this mapping as its argument:

An environmental variable can print the current working directory when the command is executed: $PWD on Mac and Linux and $CD on Windows. The -w flag sets the mounting point as the container working directory.

For security and to avoid file permission problems, the -u flag sets the non-root user node available in the Node image as the user that runs the container processes. After setting the flags, the image to execute is specified: node:latest. The last argument is a command to execute inside the container once it's running. /bin/bash invokes the container shell.

If the image is not present locally, Docker issues docker pull in the background to download it from Docker Hub.

Once the command executes, you'll see the container shell prompt:

Before moving to the next method, exit the container terminal by typing exit and pressing <ENTER>.

The docker run command from the previous section is made of image build time and container runtime flags and elements:

Anything related to image build time can be defined as a custom image using a Dockerfile as follows:

Based on this, under the node-docker project directory, create a file named Dockerfile, populate it as follows, and save it:

EXPOSE 3000 documents the port to expose at runtime. However, container runtime flags that define container name, port mapping, and volume mounting still need to be specified with docker run.

The custom image defined within Dockerfile needs to be built using docker build before it can be run. In your local terminal, execute:

docker build provides your image the friendly name node-docker using the -t flag. This is different than the container name. To verify that the image was created, run docker images.

With the image built, execute this shorter command to run the server:

The container shell prompts comes up with the following format:

Once again, before moving to the next method, exit the container terminal by typing exit and pressing <ENTER>.

Based on the Dockerfile and the shorter docker run command of the previous section, you can create a Docker Compose YAML file to define your Node development environment as a service:

The only elements left to abstract from the docker run command are the container name, the volume mounting, and the port mapping.

Under the node-docker project directory, create a file named docker-compose.yml, populate it with the following content, and save it:

To start and run this service, execute the following command:

up builds its own images and containers separate from those created by the docker run and docker build commands used before. To verify this run:

First, to clean the images and containers created by up, execute the following command in your local terminal:

Then, execute the following command to run the service:

The run command acts like docker run -it; however, it doesn't map and expose any container ports to the host. In order to use the port mapping configured in the Docker Compose file, you use the --service-ports flag. The container shell prompt comes up once again with the following format:

If for any reason the ports specified in the Docker Compose file are already in use, you can use the --publish, (-p) flag to manually specify a different port mapping. For example, the following command maps the host port 4000 to the container port 3000:

Installing Dependencies and Running the Server

If you don't have an active container shell, using any of the previous section methods to access it.

In the container shell, initialize the Node project and install dependencies by issuing the following commands (if you prefer, use npm):

Verify that package.json and node_modules are now present under your local node-docker project directory.

In the container shell, execute yarn start to run the Node server.

To test the server, visit http://localhost:8080/ in your local browser. Docker intelligently redirects the request from the host port 8080 to the container port 3000.

To test the connection of local file content and server, open server.js locally, update the response as follows and save the changes:

Refresh the browser window and observe the new response.

Modifying and Extending the Project

Assuming that Node is not installed in your local system, you can use the local terminal to modify project structure and file content but you can't issue any Node-related commands, such as yarn add. As the server runs within the container, you are also not able to make server requests to the internal container port 3000.

Getting the running container ID is easy.

The -f flag filters containers by the name=node-docker condition. The -q (--quiet) limits the output to only display the ID of the match, effectively plugging the CONTAINER ID of node-docker into the docker exec command.

Once you have the container ID, you can use docker exec to:

One you have another active container shell, you can easily run curl and yarn add there instead.

You've learned how to create an isolated Node development environment through different levels of complexity: by running a single docker run command, using a Dockerfile to build and run a custom image, and using Docker Compose to run a container as a Docker service.

Each level requires more file configuration but a shorter command to run the container. This is a worthy trade-off as encapsulating configuration in files makes the environment portable and easier to maintain. Additionally, you learned how to interact with a running container to extend your project.

You may still need to install Node locally for IDEs to provide syntax assistance, or you can use a CLI editor like vim within the container.

Even so, you can still benefit from this isolated development environment. If you restrict project setup, installation, and runtime steps to be executed within the container, you can standardize those steps for your team as everyone would be executing commands using the same version of Linux. Also, all the cache and hidden files created by Node tools stay within the container and don't pollute your local system. Oh, and you also get yarn for free!

JetBrains is starting to offer the capability to use Docker images as remote interpreters for Node and Python when running and debugging applications. In the future, we may become entirely free from downloading and installing these tools directly in our systems. Stay tuned to see what the industry provides us to make our developer environments standard and portable.